Cheap flights to Ireland in May, June 2021

The best prices found for DUB flights for May, June

Cheap flights to Ireland found for this year

Late deals on return flights to Ireland, departing today and this week

The cheapest ticket to Ireland found for each month in 2021 based on historical flight searches by Cheapflights users.

When is the best time to fly to Ireland?

Average Dublin flight ticket prices and weather conditions for 2021 and 2022 by month.

October is typically the best time to fly to Ireland, but there are other times where great deals are available. July tends to be the warmest period in Ireland so if you are looking for sun or warmer climates then look to fly around this time. October is the wettest if you need to factor this in to your plans.

When is the best time to book a flight to Ireland?

The best time to book flights to Ireland is 53 days before your desired departure date. The cost of your flight will likely increase significantly if you book two weeks in advance of your flight.

Which day is cheapest to fly to Ireland?

Monday is currently, on average, the cheapest day to fly to Ireland. Flying on Saturday will result in higher flight prices.

What time of day is cheapest to fly to Ireland?

To get the best value, try booking a flight at midday when visiting Ireland. Generally the prices will increase for flights in the morning as these tend to have higher demand.

Ah, the luck of the Irish. From evocative ancient ruins and dreamy landscapes, fabled traditional villages and lively pubs to hip, ultra-modern cities – Ireland is a wonderful destination.

Cosmopolitan Dublin, with its elegant Georgian streets and a rich literary heritage, is the arrival point for most flights to Ireland. It is one of Europe’s liveliest and friendliest cities, with world-famous pubs, cool clubs, spirited traditional music and fun-loving locals keen to “have the craic”

Outside Dublin, Ireland offers a wealth of attractions and activities – exploring the stunning lakes of Killarney and Killarney National Park, hiking the Connemara Way, Wicklow Gap or Ring of Kerry – or if you’re game you can even surf off the coast of Antrim, Donegal, Clare or Kerry.

The Atlantic thunders on the west coast and the Irish Sea is to the east, producing some fine seafood, while the pastoral regions produce the mainstays of simple, hearty Irish cuisine.

The Gulf Stream gives Ireland a temperate climate, though given the lush countryside, there is lots of rain (categorised as soft rain, spitting, showers, or lashing and pelting). Summer is  typically dry and warm with long sunny days (it’s light from 6am-10pm) and average temperatures in the 20s. Spring and autumn temperatures are in the teens and winter is rainy and below 10 degrees.  It’s generally coldest in January and February and this is the best time to find cheap flights to Ireland. Ireland’s weather is notoriously changeable, so dress in layers.

When is the best time to fly to Ireland?

Peak season for flights to Ireland via the UK is during the summer, when festivals are in full swing, days are long and tourist attractions are open. Dublin is bustling year-round and is almost always in high season. Competition on UK-Ireland routes means you can always score a cheap flight with the likes of Ryanair or Aer Lingus.

Spring and autumn are ideal times to visit, as the weather is normally still reasonably good and the bulk of the crowds have gone.

Outside Dublin, it is cheapest to travel around Ireland in winter, however as tourism in many areas is seasonal, many hotels, restaurants and attractions close from early or mid-November until mid-March or Easter.

Using public transport (buses and trains) is fine for major routes such as Dublin to Cork or Galway, but trickier if you are travelling within counties.

National bus operator Bus Eireann and many private coach companies offer well-connected services between the cities and buses are generally cheaper than trains. Renting a car is the easiest way to explore the Irish countryside.

See alternative destinations where airfare is generally forecast to be close to Ireland flight prices. 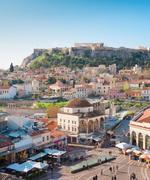 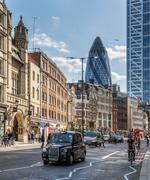 Select your preferred flight destination in Ireland from the list below.

Select your preferred route to Ireland from Australia below

Not set on Ireland? See the cheapest flights to Australia. Airfare prices updated on May 06, 2021.