When is the best time to fly to Istanbul?

$2,070
$1,740
$1,410
$1,088
Whilst there are several times of the year to choose from, October is seen as the time to fly to Istanbul, however, it is possible to get good deals throughout the year. If weather is an important factor for you when considering when to fly to Istanbul, the warmest period tends to be July, with the wettest being December.

When is the best time to book flights to Istanbul?

Booking 60 days in advance of your planned departure date is, on average, the best time to get cheap flights to Istanbul. The general trend is that the closer you book to the departure date, the more expensive your flight will be.

Which day is cheapest to fly to Istanbul?

The cheapest day to fly to Istanbul is usually Wednesday. At the moment, Friday is the most expensive.

Flights in the evening are typically the cheapest time of the day to fly to Istanbul. Flights at midday are usually the most expensive.

Istanbul’s tourist season runs from April to the end of October and July and August are the busiest months. If you plan on visiting during these months, it’s recommended to search for flights to Turkey far in advance, especially around the festival dates, such as the Istanbul International Music Festival held every June and July. This highly prestigious event showcases classical music, ballet, opera and traditional music from a variety of well-known international artists. Many festival goers book a flight to Istanbul for the music and stay for a holiday.

The chill and wetness of winter fends off most visitors, but you will find fewer crowds and cheap flights and hotels.

The shoulder seasons of April through June and September through October have mild weather, fewer tourists, and slightly lower hotel and flight prices. It is also when the Tulip Festival takes place. Although tulips are widely associated with Holland, they are also an important symbol in Turkish and Ottoman history and can be seen on tiles in mosques, literature and on royal clothing. The Tulip Era also signifies an Ottoman Empire period in history. To celebrate it, Istanbul parks are filled with different coloured tulips, for about 10-15 days during either March or April. This coincides with art exhibitions, photo contests and other events in Sultanahmet and Taksim Square. Another event which takes place during this period is The International Istanbul Film Festival offers movie buffs the chance to view Turkish movies with English subtitles. Starting late March and lasting two weeks, this festival is definitely for those travellers who are looking for something slightly different.

The city is perched on the Bosphorus Strait and boasts a glorious imperial history. Istanbul has been the capital city of four empires – Roman, Byzantine, Latin and Ottoman. Its cultural heritage practically sings from the cobbled stones of the Grand Bazaar where traders and tourists haggle over treasures; in the Aya Sofya (also known as Haghia Sophia, its Greek name), and in the Topkapi Palace (Topkapi Sarayi), which was the official residence of the Ottoman Sultans for almost 400 years.

One of the best ways to experience Istanbul is through the mouth-watering Turkish cuisine. Specialties include mam bayildi (an eggplant and tomato dish, mam bayildi translates as “the priest wept” such is its deliciousness), mercimek corbasi (red lentil soup), kofte (meatballs), testi kebab, borek (a pastry that has hundreds of varieties) and sweet, sticky, syrupy baklava.

It would be a waste to take cheap flights to Istanbul and not visit a traditional hamam (bathhouse) or take a ferry trip between Eminönü (Europe) and Anadolu Kavagi (Asia).

A European capital of culture in 2010, Istanbul has caught the public imagination. It is an increasingly popular destination for anyone with an appetite for the out of ordinary. Starting with the Blue Mosque, probably the city’s best-known landmark, through the bazaars including the Grand Kapali Carsi and spice, to the magnificence of the Topkapi Palace and the nearby Istanbul Archaeology Museums, Istanbul is no ordinary city.

Cap it off with a night cruise of the Bosphorus to see the city from another perspective.

How long is the flight to Istanbul?

Flight times from Australia to Istanbul, Turkey range from 21h – 36h. The fastest flight has one stop and takes 21h 10m originating from Sydney. Other flights have 2 stops such as the flight from Brisbane which takes 22h 20m or from Melbourne which takes 35h 30m. Other flights may take as long as 42h 30m depending on the length of wait time between stops.

Where can you get direct flights to Istanbul from Australia?

Unfortunately, there are no direct flights to Istanbul, Turkey from Australia. However, you can find some one-stop Istanbul flight deals from several of the major airports. Flights originating in Sydney on Etihad Airways and Brisbane on Virgin Australia both have a stop in Abu Dhabi before arriving in Istanbul. Virgin Australia offers a flight with 2 stops in Sydney and Abu Dhabi from Melbourne to Istanbul while Emirates has a 2 stop flight originating from Brisbane and stopping in Singapore and Dubai before arriving in Istanbul. Finally, Etihad Airways has several flights from Melbourne to Istanbul with stops in Sydney and Abu Dhabi.

How do you get from Istanbul to the city centre?

Ataturk Airport, Istanbul is about 24-miles from the centre of Istanbul. There are several public transportation options such as HAVAIST and IETT vehicles which can be found at ground level. HAVAIST has a 2-way bus service with 15-minute and 90-minute intervals. Local taxis are also on-hand and there is no difference between day and night fares. Many of the hotels offer private shuttles that will greet you at the airport and transfer both you and your luggage to the hotel doorstep.

What are some things to do in Istanbul?

Istanbul has everything from historical sites to modern performances and natural beauty to concerts and sports. Some of the more popular and most famous attractions include the Dolmabahce Palace, the Hagia Sophia Museum, and the Suleymaniye Mosque. There are day tours, multi-day tours, and walking tours of many of the historic areas. Topkapi Palace, Galata Tower, and the Blue Mosque are all popular landmarks that many visitors like to visit. There are also several museums like the Rahmi M. Koc Museum, Kariye Museum, and Ural Ataman Classic Car Museum that are very attractive to visitors. Of course, there are many shopping experiences available including Istinye Park, Zorlu Center, and Kapali Carsi. Turkish cuisine is available to not only dine on but as part of tours and cultural cooking classes.

Do I need a passport or visa to fly to Istanbul?

You will need to have a passport that is valid for at least 90 days longer than the duration of your visa if a visa is needed. Turkey has an Electronic Visa Application System site that can be accessed via the internet that makes applying for a visa much quicker and more secure than other methods. This method will also tell you right away if you are exempt from needing a Visa. If this is the case, you will still need a valid passport to enter the country.

Several major car-rental companies have desks at Istanbul Ataturk Airport (IST). There are metro, bus and taxi services to the city. There is an express bus service called Havas, which departs every 30 minutes.

If you have lots of luggage, take the metro to Aksaray and a taxi from there as it can be tricky negotiating a busy tram otherwise.

Walking is the best way to see this beautiful city. Another wonderful way of getting around is to take a ferry or catamaran along the Golden Horn or up the Bosphorus.

It’s cheap to travel by public transport. The fast-growing metro system (underground and trains) saves you from the traffic jams, but travelling by tram will give you a great view of Istanbul.

There is a comprehensive bus system, however traffic congestion makes it a slow way of getting around. The Akbil electronic transit pass is valid on buses, trams, light rail, funiculars and ferry boats.

Dolmuses (shared minibus taxis) are more comfortable than the metropolitan buses and cheaper than taxis. They can be hailed along their route or at a stand. When you board, tell the driver where you are going and find out the cost.

For a private yellow taxi, have a hotel call one for you and ensure that the meter is running before you set off. 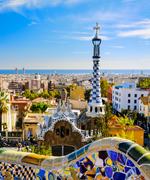 Prices found by our users for local departures to Istanbul

Other local departures to Istanbul