When is the best time to fly to Athens?

Book cheap flights to Athens, one of the top city ­break destinations in the world. Hosting the Olympic Games in 2004 has given this once smoggy and dirty city a new lease on life. If Athens is not on your bucket list then it should be, this is where western civilisation was founded and it has enough ruins to impress any budding archaeologists or history buffs. Nearly 2,500 years old, the impressive Parthenon perches proudly on the Acropolis and is usually the first stop on travellers itineraries. Other sites of note when you book your flights to Athens include the Temple of Hephaestus, the Ancient Agora, Theatre of Dionysus and the Roman Herodes Atticus amphitheatre that are scattered around the base of the Acropolis. Plaka, the oldest section of Athens, is a popular tourist area chock full of tourist shops, galleries, jewellery stores, museums and cafes. In general it is a busy city but especially so during summer when hordes of visitors book their flights to Athens despite the heat. Temperatures can reach well into the mid­-30Cs. August is the hottest month and many local business owners shut up shop and go on holiday to escape the heat. If you are planning on visiting Athens in summer bring cool clothing and do your sightseeing in the early morning, and early evening.

Winter is not a typical time for people to book flights to Athens but the weather is on average a crisp 10C in January and February. It can get colder than this too with snow falling in Athens on occasion. However, visit during the off season and you can expect fewer tourists queuing to get into the ancient sites, great prices on rooms and cheap flight tickets.

When is the best time to book flights to Athens?

Ideally the best times to book flights to Athens are spring and late autumn. This is when the weather is not too hot for sightseeing, and the tourist hordes have yet to descend or have left. Aim for between March to May and October to November and you may also find cheaper flight tickets and deals on accommodation. If you don’t mind the heat and the crowds then the summer months are best for outdoor festivals such as: The Athens and Epidaurus Festival (mid­- June to mid-­September) showcasing music and dance performances; Lycabettus Festival (May to September) featuring musical and theatrical performances on Lycabettus Hill; Rockwave Festival (June to July) a music festival held in Malakasa a few miles outside of Athens and the Athens International Dance Festival (July).

Which day is cheapest to fly to Athens?

Monday is currently, on average, the cheapest day to fly to Athens. Flying on Sunday will result in higher flight prices.

To get the best value, try booking a flight in the morning when visiting Athens. Generally the prices will increase for flights in the afternoon as these tend to have higher demand.

How long is the flight to Athens?

Flights from Sydney to Athens: 21 hours.

Which airlines operate flights to Athens?

There are plenty of airlines operating flights to Athens from Australia, so be sure to shop around to get the best deal. Singapore Airlines, Cathay Pacific, Emirates, Etihad Airlines, Qatar Airways, Thai Airways and EgyptAir are just a few options. The cheapest flights to Athens can be found in January and February, and flying from Perth is the quickest low­cost route.

Flights to Athens arrive at Athens International Airport (ATH) around 35 km east of the city. The Athens metro line 3 runs from the airport to Syntagma Square and Monastiraki – two of the key points in Athens ­with a journey time of half an hour. There are direct buses from the airport arrivals level to central Athens (40 minutes), as well as an express bus to the port of Piraeus (1 hour 15 minutes). Taxis are available at the taxi rank outside the arrivals terminal 24 hours a day. 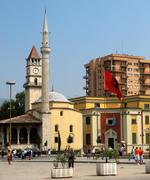 Prices found by our users for local departures to Athens

Other local departures to Athens