The cheapest ticket to Croatia found for each month in 2021 based on historical flight searches by Cheapflights users.

When is the best time to fly to Croatia?

February is typically the best time to fly to Croatia, but there are other times where great deals are available. July tends to be the warmest period in Croatia so if you are looking for sun or warmer climates then look to fly around this time. September is the wettest if you need to factor this in to your plans.

When is the best time to book a flight to Croatia?

The price you pay for your flight to Croatia may vary depending on when you book. For the best chance of a lower fare, look to book 61 days in advance of your trip. Fares are likely to increase a fortnight or so before your departure date.

Which day is cheapest to fly to Croatia?

Tuesday is currently, on average, the cheapest day to fly to Croatia. Flying on Friday will result in higher flight prices.

What time of day is cheapest to fly to Croatia?

To get the best value, try booking a flight in the morning when visiting Croatia. Generally the prices will increase for flights at midday as these tend to have higher demand.

More than 1,000 islands dotted about the sparkling Adriatic Sea, charming old cities, timeless landscapes, national parks and an easy pace. It’s little wonder that the Croatian tourist board uses the slogan: “the Mediterranean as it once was”. Travellers taking cheap flights to Croatia will discover that it has all the beauty, weather and relaxed way of life of other Mediterranean countries, but without the Eurozone princess.

Zagreb, in the centre of Croatia, is the capital, a charming red-roofed and cobble-stoned city with two Old Towns. Along the Dalmatian Coast, Croatia’s cities are strung out like pearls, each more beautiful than the last.

At the southern end of the country lies Dubrovnik, a charming, cultured and chocolate-box pretty city with a World-Heritage listed Old Town. Shelled during the Croatian War of Independence in the early 1990s, it was rebuilt perfectly.

Split, further north, is Croatia’s second-largest city. The stand-out attraction here are the remains of an imperial palace built for Diocletian, the Roman Emperor, at the start of the 4th Century AD.

In Pula, the largest town on the Istrian peninsula in the north of Croatia, stands one of the best-preserved Roman amphitheatres in the world. It sported a red neck tie, briefly, in 2003, to pay tribute to the birthplace of the tie.

Off the coast, the islands are gems; Hvar, Korcula and Brac are the most popular.

There are three climate zones. Along the Adriatic coast, the climate is Mediterranean. Summers are hot and dry and winters are mild and wet. The interior gets a moderate amount of rainfall. The high ground has a forest climate with snow in the wintertime.

When is the best time to fly to Croatia?

Croatia’s drawcard are the islands and July and August are, unsurprisingly, the high season months. The cities – Zagreb, Dubrovnik etc – are busiest in the summer months too.

The Dinaric Alps that extend along the Adriatic guards the coastline from the worst of the winds and cold weather. Spring arrives early and autumn ends late. It’s possible to swim from about May until October in Southern Dalmatia. May is a great month to visit Dubrovnik and other cities; you’ll have it as the locals have it.

Croatia Airlines flies from Zagreb to several cities including Dubrovnik, Split, Pula and Zadar. The train system is fairly well developed – it doesn’t extend to Dubrovnik for example – but buses are the cheapest and most popular form of public transport. You’ll need to rent a car – an expensive option in Croatia – only if you wish to get out into the countryside.

There are several ferry lines that operate between the islands. Jadrolinija is the state-owned line. A sample journey – Dubrovnik to Sobra, on Mljet – costs from $10.

Cheap flights to Croatia in May, June 2021

The best prices found for SPU flights for May, June

Cheap flights to Croatia found for this year

See alternative destinations where airfare is generally forecast to be close to Croatia flight prices. 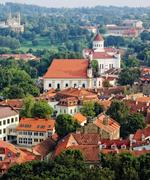 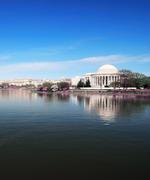 Popular regions to fly to in Croatia

Not sure where to visit in Croatia? Start by selecting one of the most popular places in Croatia below to filter down your possible destination.

Select your preferred flight destination in Croatia from the list below.

Select your preferred route to Croatia from Australia below

Not set on Croatia? See the cheapest flights to Australia. Airfare prices updated on May 12, 2021.