Flights to Toowoomba in 2021

The cheapest ticket to Toowoomba found for each month in 2021 based on historical flight searches by Cheapflights users.

January
$398
February
$424
March
$384
April
$372
May
$374
June
$349
July
$380
August
$398
September
$362
October
$375
November
$379
December
$378
At the present moment the cheapest month to fly to Toowoomba is currently June; with February being the most expensive. Prices will vary depending on multiple factors such as booking in advance, airline and departure airports and times.

When is the best time to fly to Toowoomba?

Whilst there are several times of the year to choose from, June is seen as the time to fly to Toowoomba, however, it is possible to get good deals throughout the year.

When is the best time to book a flight to Toowoomba?

The best time to book flights to Toowoomba is 60 days before your desired departure date. The cost of your flight will likely increase significantly if you book two weeks in advance of your flight.

Which day is cheapest to fly to Toowoomba?

Saturday is currently, on average, the cheapest day to fly to Toowoomba. Flying on Wednesday will result in higher flight prices.

What time of day is cheapest to fly to Toowoomba?

Flights in the morning are typically the cheapest time of the day to fly to Toowoomba. Flights in the afternoon are usually the most expensive.

Take a flight to Toowoomba, Australia’s Sunshine State of Queensland, more than worthy of its nickname, the Garden City. During certain times of the year, the city becomes a blaze of colour as the flowers in the many parks and gardens here burst gloriously into life.

The month of September is the best time to take a flight to Toowoomba as this is when the famous Carnival of Flowers is held, with colourful street parades and activities for all the family. The 10 day event has been running for over 60 years and during this time, the city’s many green spaces, such as the beautiful Japanese Garden, are in full bloom and make for a truly arresting sight. Festival highlights include the Ergon Energy Flower, Food and Wine festival and the ever vibrant Grand Central Floral Parade all contributing to it thriving as the longest running event of its kind in Australia.

The best times to book cheap flights to Toowoomba are during the winter months of May and June. October and November are also relatively cheap months compared to the rest of the year.

Toowoomba takes its status as the Garden City seriously, holding an annual Carnival of Flowers each September, the longest running floral event of its kind in the whole of Australia. The general atmosphere here is very laid-back and there is a certain charm to the city centre, the tree-lined streets and friendly locals making Toowoomba seem more like a country town rather than a city. To add to the rustic theme, the city is home to a number of charming country pubs, many serving locally sourced food produce along with traditionally brewed ales.

The history of the city dates back to 1840 and visitors get the opportunity to revisit its colonial past at the Cobb and Co Museum. Amongst other exhibits, this fascinating attraction is home to the National Carriage Collection, featuring a variety of beautiful horse-drawn vehicles. More history can be experienced by walking along Russell Street, one of the oldest avenues in the city and one which is lined with fine examples of colonial architecture.  As it is situated over 700 metres above sea level, the city affords epic views over the vast Lockyer Valley from Picnic Point Lookout, where you can also enjoy refreshments at the coffee shop and café.

Who operates flights to Toowoomba?

Domestic flights to Toowoomba Aerodrome and are usually operated by Skytrans.

Alternatively, you can book a flight to Brisbane West, Wellcamp Airport. A mere 15mins drive outside of Toowoomba. Here you can board returning Qantas flights to Sydney and access flights to Melbourne, Adelaide, Perth and Hobart. Regional Express (REX) also operate flights in and out of Wellcamp Airport, if you book flights with REX you can fly from Brisbane and others Queensland regional airports to Toowoomba.

If you have a car, there are three main roads which run through the city and surrounding areas – the A2 Warrego Highway, the A3 New England Highway and the A39 Gore Highway. There are six bus routes in operation here but service is limited at the weekends. The taxi cabs in the city are metered and offer reasonable fares compared with many other Australian cities.

The city is served by Toowoomba Airport (TWB), although this airstrip only handles domestic flights. International flights arrive at Brisbane, which is 125km away. There are regular flights from Brisbane to Toowoomba Airport, which is only a couple of kilometres away from the city by taxi. Alternatively, Greyhound Australia operates an extensive bus service direct from Brisbane Airport to the centre of Toowoomba.

Brisbane West, Wellcamp Airport, is 15mins Drive west of Toowoomba. If you have booked flights with Qantas and REX your flight is likely to land here. If your flight lands at Wellcamp, you can reach the city by Bus, Taxi and shuttle transfers. This along with car hire can be booked from the terminal building.

What airport do you fly into for flights to Toowoomba?

Toowoomba Brisbane West Wellcamp (WTB), located 15.6 km from the city centre, is the airport you fly into when you book flights to Toowoomba.

See alternative destinations where airfare is generally forecast to be close to Toowoomba flight prices. 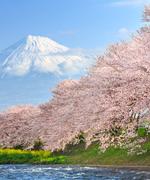 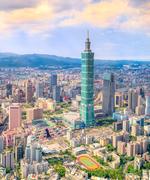 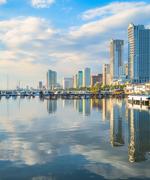 Cheap tickets to Toowoomba found by our users in Australia as recently as May 17, 2021.

Other local departures to Toowoomba from Australia

Not set on Toowoomba? See the cheapest flights to Australia. Airfare prices updated on May 17, 2021.