The cheapest ticket to Dhaka found for each month in 2021 based on historical flight searches by Cheapflights users.

January
$810
February
$758
March
$770
April
$869
May
$786
June
$849
July
$839
August
$822
September
$849
October
$823
November
$807
December
$1,012
Currently, February is the cheapest month in which you can book a flight to Dhaka. Flying to Dhaka in December will prove the most costly. There are multiple factors that influence the price of a flight so comparing airlines, departure airports and times can help keep costs down.

When is the best time to fly to Dhaka?

The best time to fly to Dhaka is during February, but great deals can be found at other times. April tends to be the warmest period in Dhaka so if you are looking for sun or warmer climates then look to fly around this time. June is the wettest if you need to factor this in to your plans.

When is the best time to book a flight to Dhaka?

The price you pay for your flight to Dhaka may vary depending on when you book. For the best chance of a lower fare, look to book 61 days in advance of your trip. Fares are likely to increase a fortnight or so before your departure date.

Which day is cheapest to fly to Dhaka?

Wednesday is currently, on average, the cheapest day to fly to Dhaka. Flying on Saturday will result in higher flight prices.

What time of day is cheapest to fly to Dhaka?

To get the best value, try booking a flight at midday when visiting Dhaka. Generally the prices will increase for flights in the afternoon as these tend to have higher demand.

The best time to take a flight to Dhaka is during the cool season, from November to February. This period sees clear skies, with dry weather and pleasant temperatures between 10 and 30 degrees Celsius. This is peak season which is reflected in flight prices and accommodation rates.

During the wet season, from the end of May to September (and sometimes even till October) it is advised not to travel to Dhaka. Monsoon rains hit the city, as well as high humidity which is almost unbearable. Although you may be able to find cheap flights to Dhaka during this period, the climate can be daunting for visitors.

Prices tend to be lower during the shoulder months of March, April and October. March enjoys a comfortable temperature, while April sees temperatures and humidity start to rise. During the month of March, the biggest state festival, the Independence Day, occurs. Dhaka residents are awakened by the booming sound of guns on this public holiday, while celebrations are continued with a number of cultural events.

Before booking your flight to Dhaka, you should take into consideration that hurricanes can occur around May, June, October and November.

Take a flight to Dhaka Bangladesh’s capital city, not a destination for the faint-hearted. More than 18 million people crowd the energetic metropolis of Dhaka, and at a mere 816-square km, the population density alone guarantees this city is always abuzz. Add to that more than 400,000 rickshaws cramming the city streets, and it soon becomes apparent that, despite the never-ending traffic, Dhaka is a city that is constantly on the move. Still, for visitors who can keep pace with this ever-changing capital, Dhaka is a gem of a destination simply waiting to be discovered.

It is the most modern city in all of Bangladesh, though traces of the city’s past can still be found throughout areas like Old Dhaka. Historic architecture defines this neighbourhood, which is pointedly less affluent than areas like upscale Gulshan. Fishermen’s boats line the waters of the river Buriganga in Old Dhaka, while historic monuments dot the landscape of the 17th century Lalbagh Fort. One of the true stars of Old Dhaka, though, is Shankharia Bazaar, Also known as Hindu Street, this colourful area of Old Dhaka is filled with everything from fragrant flowers to handcrafted kites. Many of the stalls double as workshops for the artisans who set up shop in Shankharia Bazaar, too.

Nearby, the grand pink hues of Ahsan Manzil, also known as the Pink Palace, offer a respite from the constant bustle of the city and are a sharp contrast against the muddy banks of neighbouring Sadarghat, the city’s main waterfront that sees a constant flow of fishermen and boats.

Speaking of contrasts, a host of religious sites — mosques, churches and temples — reflect the various religious influences of Dhaka’s past and present. Museums and parks round out the cultural offerings of Dhaka, and if you are looking for a taste of the finer side of this dynamic city, the upscale restaurants of the Gulshan and Banani neighbourhoods are sure to impress.

Rickshaws are plentiful throughout the city and provide a low-cost way to get around Dhaka. Be sure to negotiate a price with the driver before getting into the rickshaw. A public bus system also maintains routes throughout the city, though a lack of information in English can be frustrating for international visitors. Taxis come in two colours in Dhaka: black and yellow. Black taxis are basic and often lack air conditioning, while yellow taxis will always have air conditioning. All taxis should have meters to determine your fare.

Hazrat Shahjalal International Airport (DAC) serves the city of Dhaka and is about 8 km north of the city. A railway station is located near the airport and connects travellers to Kamalapur Railway Station in Dhaka. Taxis can also be hired at the airport.

What airport do you fly into for flights to Dhaka?

For a flight to Dhaka, you will be flying into Zia Intl. Dhaka Zia Intl (DAC) is just 3.6 km from the centre of the city.

See alternative destinations where airfare is generally forecast to be close to Dhaka flight prices. 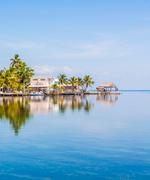 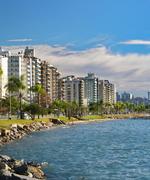 Cheap tickets to Dhaka found by our users in Australia as recently as May 17, 2021.

Other local departures to Dhaka from Australia

Not set on Dhaka? See the cheapest flights to Australia. Airfare prices updated on May 17, 2021.