When is the best time to fly to Bora Bora?

Bora Bora is an extinct volcano and one of the beautiful islands that make up French Polynesia. For visitors arriving on cheap flights to Bora Bora it is perhaps the island that most resembles paradise with soft, sandy beaches and lush, green vegetation. The clear waters teem with marine life in the Lagoonarium making it a favoured island for snorkeling with stingrays, sea turtles and reef sharks. The dry season, from May to October, is the peak season and when tourists tend to book flights to Bora Bora. With temperatures a pleasant 24-28C rain is rare during this period. The island has a range of resort style accommodation – over-the-water bungalows, rooms with mountain and garden views to suit all budgets. Flight tickets and accommodation should be booked well ahead in peak season.

The wet season, from November to April, is generally considered to be the low season and when you can pick up the cheapest flights to Bora Bora. February and March in particular are considered the least pleasant months with heavy rainfall and hot temperatures of 27 – 30C. However, if you can brave the heat, humidity and rain, you may be able to have a cheaper holiday as flight tickets and accommodation prices dip during the off season.

When is the best time to book flights to Bora Bora?

For the best weather, book your flight to Bora Bora between May and October. The Heiva Festival, a month long celebration of traditional dance, music and song which takes place mid July is a popular reason to search for cheap flights to Bora Bora. The school holidays are busy times to take flights to Bora Bora and you may face stiff competition for lodgings, especially at the budget end of the market.

Which day is cheapest to fly to Bora Bora?

The cheapest flights to Bora Bora are usually found when departing on a Friday. The departure day with the highest cost at present is Thursday.

Flights in the afternoon are typically the cheapest time of the day to fly to Bora Bora. Flights at midday are usually the most expensive.

How long is the flight to Bora Bora?

Air Tahiti operates flights to Bora Bora which has a small airport with basic services, the flight time is approximately 45 minutes. You can usually get cheap flights to Bora Bora by booking your airfare as part of a holiday package from a travel agency or online travel service. Passengers must fly to Tahiti first in order to take Bora Bora flights – Jetstar, Emirates, Qantas and Air New Zealand are all carriers that service this route from Australia.

Bora Bora Airport (BOB) is situated on the islet of Motu Mute. You can arrange for a boat to transfer you to your resort, there is also a free ferry that goes to Vaitape, the largest village. A bus service runs around the island’s one paved road, there is also a limited taxi service. 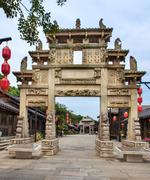 Prices found by our users for local departures to Bora Bora

Other local departures to Bora Bora