The best prices found for SJD flights for July, August

Cheap flights to Mexico found for this year

The cheapest ticket to Mexico found for each month in 2021 based on historical flight searches by Cheapflights users.

When is the best time to fly to Mexico?

Southern-coast resorts are packed with tourists between July and September, especially since July and August are the peak holiday months for foreign visitors and native Mexicans. Semana Santa (the week before Easter) and Christmas week are also very busy.

Right after the rainy season is a good time to take a flight to Mexico – smaller crowd and discounted hotel rates are commonly found. The hills and mountains are green from the rain however, it can still be very humid in Puerto Vallarta.

When is the best time to book a flight to Mexico?

The price you pay for your flight to Mexico may vary depending on when you book. For the best chance of a lower fare, look to book 22 days in advance of your trip. Fares are likely to increase a fortnight or so before your departure date.

Which day is cheapest to fly to Mexico?

Monday is currently, on average, the cheapest day to fly to Mexico. Flying on Saturday will result in higher flight prices.

What time of day is cheapest to fly to Mexico?

Flights in the morning are typically the cheapest time of the day to fly to Mexico. Flights in the evening are usually the most expensive.

Thanks to the more than 20 million tourists booking airline tickets to Mexico every year, Mexico enjoys a stable economy and financial peace of mind. Mexico is the fifth-largest country in the Americas and the 14th largest country in the world. In fact, the World Tourism Organization listed Mexico as one of the largest tourism industries in the world. No matter where your flight to Mexico lands – from Cancun to Tijuana – tourists are greeted by friendly faces.

Nearly 100 million people call Mexico home – 22 million of them live in Mexico City, the capital of Mexico – but even with the vast amounts of people residing here there is one innate quality: in Mexico, everybody takes life a little bit easier. Those who visit Mexico regularly will agree that once you’re here it’s inevitable not to slow down. So before boarding the flight to Mexico, take a deep breath and relax. Once the plane to Mexico lands, grab a cerveza and join the festivities.

Mexico City and the rest of Mexico’s higher, inland elevations are temperate and dry, but the coastal plains are hot and humid. Temperatures range between 70 and 90 F in the daytime. From May to October it’s hot and humid, especially on the coasts. It cools down a bit the rest of the year, which is a good time for last minute flights to Mexico. Some inland areas can even reach freezing temperatures in the winter. The rainy season lasts from May through September, with some slight variations in different areas. Acapulco and Puerto Vallarta see most of their rain from June to October, while its mid-September through mid-November in Cancun. Rain usually falls more on the coast than the higher elevations. The hurricane season lasts from late September to early November in Puerto Vallarta and in from May through September in Cancun.

For getting around on your own, walking or renting a car or moped are popular options.

Mexico has more 20 airports, which makes getting from one part of the country to another easy. Domestic flights are cheap and reliable.

Mexican cities and resorts typically have public transportation and taxis. Check before you go to find out what is best at your destination. For example: Cancun has a popular city-bus system. There are also private buses, but they charge far more than the city buses. Puerto Vallarta’s city buses are easy to use, inexpensive, and can take you to most locations. However, stay away from buses named Rambo, Terminator, etc. They don’t always stop for pedestrians, and they frequently have accidents that result in fatalities. In Cozumel getting to some of the hotels and the beaches requires transportation. Cozumel has a strong cabbies’ union and the fares are set (there’s no bargaining). Mexico City has an extensive public transportation system, lots of taxis, and a problem with crime.

(In hours and minutes) to other major cities and towns in Mexico.

See alternative destinations where airfare is generally forecast to be close to Mexico flight prices. 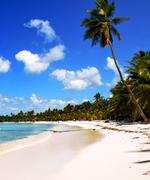 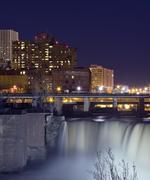 Popular regions to fly to in Mexico

Not sure where to visit in Mexico? Start by selecting one of the most popular places in Mexico below to filter down your possible destination.

Select your preferred flight destination in Mexico from the list below.

Select your preferred route to Mexico from Australia below

Not set on Mexico? See the cheapest flights to Australia. Airfare prices updated on July 26, 2021.