When is the best time to fly to Naples?

The busiest time of the year is from July to September. This peak season often sees cheap flights to Naples very difficult to find, as well as large crowds throughout the city. A lot of residents tend to leave the city for their own vacations towards the latter part of August, so a lot of restaurants and shops could well be closed. That said, you’ll also have far fewer crowds to deal with during the summer. You’ll also find cheap flights to Naples if you aim to visit in springtime (late March to early June). You still get lovely weather, as well as fewer tourists flooding the streets. The Maggio Dei Monumenti begins towards the end of April. The festival is celebrated city-wide and you’ll find many free events available. The Ferragosto festival also takes place in the summer time, usually around the middle of August, so expect many places to be shut for the celebrations. Due to the festivities, though, you’ll notice a hike in the cost of flights to Naples, so secure your flight tickets well in advance to make a saving.

The colder brunt of the weather hits Naples from November all the way through to early March, although by then things are usually warming up again. Due to this you’ll find the cheapest flights to Naples, as well as almost non-existent crowds of tourists, at this time.

Which day is cheapest to fly to Naples?

Wednesday is currently, on average, the cheapest day to fly to Naples. Flying on Monday will result in higher flight prices.

Flights in the afternoon are typically the cheapest time of the day to fly to Naples. Flights in the evening are usually the most expensive.

How long is the flight to Naples?

Which airlines operate flights to Naples?

British Airways, easyJet, Monarch, Lufthansa and Alitalia all offer cheap flights to Naples, although you’ll notice the price of flight tickets will vary slightly between each airline. Due to this, it is worth comparing a few of them together a couple of months in advance and work out who provides the cheapest flights to Naples. British Airways provide great value for money with their complimentary food and drink throughout the flights.

The airport is only around 6km away from the city centre, so getting there isn’t too much of a problem. The cheapest way would be for you to jump on the Alibus, which travels to two different stops within Naple – one being the Stazione Centrale and the other being Piazza Municipio. Failing that you can jump in a taxi from outside of the airport. This is more beneficial if there are a few of you travelling together as a bus will be around 3 euros each, so splitting the taxi fare will work out similar but be far quicker. You can also look into pre-arranging transport at the same time as you book your flights to Naples, although this could be an additional cost that isn’t necessary. 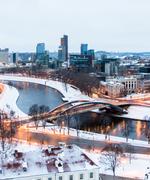 Prices found by our users for local departures to Naples

Other local departures to Naples

Darwin to Naples
Perth to Naples