When is the best time to fly to Thessaloniki?

April to May and September to October tend to be the busiest times of the year to visit, so you’ll find cheap flights to Thessaloniki harder to come by. The weather during these months is pleasant and warm, making it ideal for tourists who aren’t too keen on the extreme heat summer can bring. You’ll also be able to enjoy less crowded beaches, which is always a bonus when on holiday. September to November sees the Dimitria Festival take place. It’s a huge celebration of Thessaloniki culture and is one of the biggest events in Greece.

You’ll typically find the cheapest flights to Thessaloniki during the winter months of January and February. The weather is a lot cooler too, so you might find yourself a little restricted on things to do as the beach might not be an option. The summer months of June to August are both peak and off season. Flight tickets are more expensive, however the temperatures can be too hot for a lot of people, so they tend to avoid this time of year.

When is the best time to book flights to Thessaloniki?

The price of flights to Thessaloniki doesn’t vary too often over the course of the year, except for during festivals and as summer slowly comes into full swing. That said, you’ll generally find the cheapest flights to Thessaloniki if you plan ahead and secure your flight tickets a good two or three months in advance. November is generally cheapest, however you can also find cheap deals in April or May. If you can be flexible with your dates, then you’ll have the best chances of securing a good deal on your flight tickets.

Which day is cheapest to fly to Thessaloniki?

At the moment, Monday is the most economical day to take a flight to Thessaloniki. Saturday is likely to be the most costly.

How long is the flight to Thessaloniki?

Which airlines operate flights to Thessaloniki?

The main two competitors that operate cheap flights to Thessaloniki are easyJet and Ryanair. There are a couple of exceptions but generally it’ll just be those two, especially on direct flights. You can expect cheap flights to Thessaloniki to be relatively easy to find, despite the major lack of competition. Ryanair and easyJet are both classed as budget airlines and Ryanair is especially famed for their cheap flight tickets. The downside is that you might end up getting charged a premium for any additional extras you might want, for example checked-in luggage is very expensive to add onboard with both airlines, especially during the summer months.

You can use the bus services to find your way into the centre without too much trouble. Bus numbers 78, 78A and 78N all operate from the airport to the bus station in the west of Thessaloniki. The times do vary and some days you might find it rather limited to find a bus without waiting for a good chunk of time. That said, the 78 generally runs twice every hour. Failing that, your best bet would be to jump into a taxi. You can find them outside of the arrivals Terminal at the airport, although be prepared to spend quite a large sum. Taxis in Greece are a lot more expensive than other parts of Europe and you might find it a lot more worth your while to just rent a car for the duration of your trip. You can rent a car from the airport once your flights to Thessaloniki land, or you can pre-arrange it before you set off on your trip. 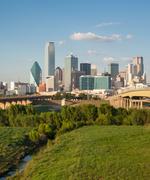 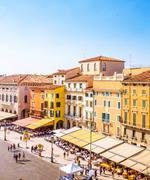 Prices found by our users for local departures to Thessaloniki

Other local departures to Thessaloniki