Which day is cheapest to fly to Dallas?

The cheapest day to fly to Dallas is usually Wednesday. At the moment, Sunday is the most expensive.

What time of day is cheapest to fly to Dallas?

At the moment, flights in the morning are likely to offer the best value for money for your Dallas trip. A flight in the afternoon will more often than not be of higher cost.

Although summers (June through August) in Dallas can be hot, humid and at times verging on unbearable, this is still a very popular time to visit the city. As the temperature rise, so do hotel rates and flight prices, so it is advised to book in advance. If you would prefer to escape the heat, then you can take advantage of the cool museums or spend your day shopping at the famous Neiman Marcus department store.

Autumn, from September through November, is perhaps the best time to visit, as there are fewer crowds around the city and temperatures begin to fall. As the peak season starts to die down you are more likely to find cheaper flights and better accommodation prices. The autumn weather is pleasant in Dallas, although this period can experience storms and there is a slight tornado threat, but generally fewer and less severe than in spring. Possibly the biggest event in Texas, the State Fair of Texas occurs during autumn in Dallas, around late September to mid-October. You are bound to be spoilt for choice at this event which offers approximately 100 daily live performances, 112 hectares of family activities, an array of delicious food and an auto show, to name a few. Many tourists book flights to take advantage of this.

Winters (December through February) are generally mild, although it has been known to drop to below-freezing temperatures and snow. If you don’t mind the cold weather then this can be a great time to visit, as you may be able to find cheaper flights to Dallas and possible hotel deals. Do bear in mind that over the festive period (Christmas and New Year) the city can become busy and prices may rise.

The spring months (March through May) bring pleasant weather, with mild temperatures, to the city, although it can be volatile, with severe thunderstorms and lightening. This season sees vibrant wildflowers blossom, such as bluebonnet and Indian paintbrush. There is an increased threat of tornados during this period. If this doesn’t put you off and, in fact you prefer adventure to tourist attractions, then Dallas is the place for you. As the city is located at the southern edge of Tornado Valley, it is a base city for storm-chasing expeditions and tours in the spring.

With a population of more than one million, Dallas, nicknamed “Big D” by the locals, is one of the largest cities in America.  Having started out as a prairie trading post, the city has become a massive contributor to commerce across various industries such as finance, technology, and telecommunications which comprise the Dallas Cowboys, black gold, and the renowned Neiman Marcus department store.

Dallas is proud of, and some say downright stuffy about, its sophistication and its old wealth. For all that, Texans know how to laugh at themselves and how to have fun — especially in the Deep Ellum with its superb restaurants, galleries, shops, and clubs.

But it’s not all about the money. Visitors coming off a flight to Dallas are greeted with Texas hospitality and plenty of activities — museums, amusement parks, gardens, and historic sites. Dallas is also a sports town and is one of the few US cities that supports teams in six professional sports. Avid golfers who book flights to Dallas can play like local pros Byron Nelson and Lee Trevino in one of many golf courses around the city.

The Dallas Heritage Village is a collection of historical buildings and houses in Old City Park. The buildings include a working farm, Victorian houses, a school, church and bank (said to be robbed by Bonnie and Clyde). The buildings were built between 1840 and 1910 and came from all over Dallas to create this living museum on 8 hectares of wooded land south of downtown.

The main Dallas sights are easy to get to on foot. You can join any of a number of walking tours. Dallas’ public transportation system, the Dallas Area Rapid Transit, also called DART, runs buses and light-rail that connects the downtown Dallas Convention Center with the West End and other sightseeing spots. At the downtown Dallas Museum of Art, you can hop on the M-Line Trolley, also called the McKinney Trolley, to get to the historic McKinney Avenue area. It’s still a good idea to rent a car in Dallas. It’s a very big city, and you’ll be glad you have the option should you decide to spend time outside the city. There’s little free parking to be found downtown, and most hotels charge for parking. You will also have to battle rush hour traffic. The highway numbers are easy to find on a map, but many locals refer to them by name, like the Airport Freeway or Central Expressway. If you’re going to Deep Ellum at night, take a taxi. 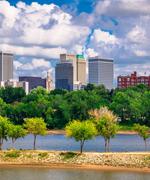 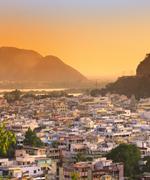 Cheap tickets to Dallas found by our users in Australia

Other local departures to Dallas, Texas