The cheapest ticket to Utah found for each month in 2021 based on historical flight searches by Cheapflights users.

When is the best time to fly to Utah?

June is typically the best time to fly to Utah, but there are other times where great deals are available. July sees the temperatures in Utah peak to their warmest. April tends, on average, to see the most amount of rainfall.

When is the best time to book a flight to Utah?

The best time to book flights to Utah is 1 days before your desired departure date. The cost of your flight will likely increase significantly if you book two weeks in advance of your flight.

Which day is cheapest to fly to Utah?

The cheapest flights to Utah are usually found when departing on a Tuesday. The departure day with the highest cost at present is Saturday.

What time of day is cheapest to fly to Utah?

At the moment, flights in the morning are likely to offer the best value for money for your Utah trip. A flight in the afternoon will more often than not be of higher cost.

The great state of Utah is rich in history and diversity. The Mormons arrived in 1847 and started building what is known today as Salt Lake City. Forty-three years later and after the Mormon Church renounced the practice of polygamy, Utah became a state and has been thriving ever since.

Travellers booking flights to Utah are on their way to a land of natural resources. Utah continues to be the leading producer of copper, gold, silver, lead, zinc, and oil. Of course, the expansive tourism industry keeps the economy alive.

Find cheap flights to Utah and explore the tallest mountain peaks in the country or take a walk through one of Utah’s five national parks. Skiers and snowboarders will revel in Utah’s snow sports. With more than 11,000 miles of fishing streams and almost 150,000 acres of lakes and reservoirs, travellers booking flights to Utah will easily find their place in this land. The line-up of tourist attractions includes Zion National Parks, the Mormon Tabernacle in Salt Lake City and the site of the 2002 Winter Olympics in Salt Lake City.

The climate in Utah varies depending on the region. Summers tend to be hot during the day and cool at night, while winter can be cold and snowy. Temperatures in summer in Salt Lake City go into the mid-20s (Celsius) and sometimes 30s, going down to about four and ten degrees at night. In November and December heavy snow is common and fall to ten feet or more at Wasatch Mountain ski resorts, and remains in mountain passes until July. In the south of the state winters are mild and summers are hot.

When is the best time to fly to Utah?

Peak Season:
Summer peak season for flights to Utah. Although the weather is extremely hot, the south of the state and its national parks are busiest from June to September. It also gets very busy from December to early April as it’s ski season. In January Park City hosts the Sundance Film Festival.

Off Season:
Spring and autumn are great times to visit. The rates for hotels and flights drop and crowds are rare. The southwest has wildflowers in bloom in spring but lots of mosquitoes.

In Salt Lake City trains and buses serve the city and the surrounding ski areas. But to really explore the state you’ll need a car.

When visiting Salt Lake City you can explore its downtown area on foot or by bus.

There are well-maintained roads in Bryce Canyon that run the length of the scenic area. In summer free shuttle buses provide tours of the northern area of the park.

From April through October Zion National Park does not allow private vehicles on the main road; however shuttle service from the parking lot to the canyon during peak hours is provided. There are also shuttles from neighbouring towns to the park.

See alternative destinations where airfare is generally forecast to be close to Utah flight prices. 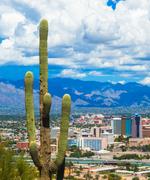 Select your preferred flight destination in Utah from the list below.

Select your preferred route to Utah from Australia below

Not set on Utah? See the cheapest flights to Australia. Airfare prices updated on July 29, 2021.