When is the best time to fly to Baku?

$2,730
$1,930
$1,140
$345
January is typically the best time to fly to Baku, but there are other times where great deals are available. July tends to be the warmest period in Baku so if you are looking for sun or warmer climates then look to fly around this time. November is the wettest if you need to factor this in to your plans.

Which day is cheapest to fly to Baku?

The cheapest day to fly to Baku is usually Friday. At the moment, Tuesday is the most expensive.

To get the best value, try booking a flight in the morning when visiting Baku. Generally the prices will increase for flights at midday as these tend to have higher demand.

How long is the flight to Baku?

Flights to Baku, Azerbaijan from the United Kingdom range from about 5.5h-14h. Longer flights tend to depart from the northern areas of the UK, such as from Newcastle or Edinburgh, while the shortest flights depart from London. Both London’s southern location and the fact that it services direct flights make it the best city to depart from when travelling to Baku.

Where can you get direct flights to Baku from?

You can book direct flights to Baku from London Heathrow Airport via Azerbaijan Airlines, which services a couple of direct flights to Baku daily. From other cities across the UK, you’ll have at least one stopover on the way to Baku. Check to see if your local airport services the airlines that regularly fly into Baku, such as Emirates, Turkish Airlines, Qatar Airways, and Air France, to best lessen your chances of having multiple layovers. If your flight does have stops along the way, you can expect for these to occur in common stopover cities along this route like Paris, Rome, Kiev, and Istanbul.

How do you get from Baku airport to the city centre?

When you fly to Baku, you’ll alight at Heydar Aliyev International Airport (GYD), which is about 25 km northeast of Baku city centre. To reach the city centre from the airport, you can take a shuttle bus called Aero Express which will take you directly to Baku from the airport in about 40 minutes, with a price of about £.70 one way. You can also opt to take a taxi, just be sure to book it through the TaxiTender service at the airport for the best service and prices. It will take you about 30 minutes to reach Baku by taxi and a price of about £12-£24, depending on your precise destination. You can also hire a car and drive yourself from the airport, just be sure to book in advance.

What are some things to do in Baku?

Baku is the capital of Azerbaijan and a city with a unique history, making it a fascinating place to visit. While in Baku, you can see many instances of how it was once a crossroads for several civilisations, as well as many unique and modern attractions as well. Dedicate plenty of time to exploring the walled Inner City, including the15th century Palace of Shirvanshahs, which is composed of a mosque, hammams, mausoleums, and more. On the opposite end of the spectrum is the distinctly contemporary Heydar Aliyev Center a uniquely designed building filled with modern art pieces and a welcoming café. Stroll through Gobustan National Park and encounter ancient rock carvings and stunning views of the Caspian Sea.

Do I need a passport or visa to fly to Baku?

British citizens travelling to Baku, Azerbaijan need a passport with at least six months of validity remaining at the date of your arrival. You’ll also need a visa before flying to Azerbaijan, which is single entry and valid for 90 days. 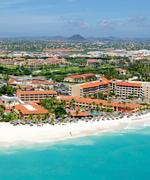 Prices found by our users for local departures to Baku

Other local departures to Baku

Adelaide to Baku
Perth to Baku