Small but diverse, New Zealand’s the perfect holiday destination for anyone on the quest for beauty and variety.

With every kind of landscape you can imagine, unique wildlife, adrenaline-pumping activities fresh food and world-class wine, you’re never too far from your next adventure.

Here’s the ultimate Kiwi bucket list with the top 30 things to do in New Zealand.

In Matamata, the Shire lives on. Visit Hobbiton – a magical medieval world in miniature – then sink a drink at the Green Dragon Inn.

Dive off a bridge attached to an elastic cord and live to tell the tale, in the birthplace of bungy. Or take things feet-first with a canyon swing instead.

Pop into Pukaha Mt Bruce National Wildlife Centre north of Wellington, where you can see New Zealand’s only white kiwi in captivity. Manukura, whose parents both carried the recessive white feather gene, lives in the nocturnal kiwi house with a North Island brown kiwi called Turua.

The Poor Knights Islands Marine Reserve in Northland was once rated by explorer Jacques Cousteau as one of the top 10 dives in the world. The islands are the remnants of a group of ancient volcanoes. Here, you can explore the world’s biggest sea cave – Riko Riko – and a glorious abundance of plant life and marine creatures underwater.

5. Give Your Legs a Workout Along Baldwin St

Run or walk up Baldwin St in Dunedin, the world’s steepest. Afterwards, reward yourself with a pint at one of the city’s many excellent pubs.

7. Walk on the Bridge to Nowhere

You can get to the Bridge to Nowhere by foot, jetboat, or canoe. In the heart of Whanganui National Park, this concrete bridge looks completely out of place, with no roads on either side. After settlers abandoned the area, forest grew back, blotting out all other signs of civilisation. Catch a jetboat to the bridge from either Pipiriki or Whakahoro and then walk the rest of the way.

You can’t drive along the coast between Christchurch and Dunedin without stopping at the gigantic Moeraki Boulders. These mystical rocks are almost perfect spheres, lying out on the beach and nestled into the cliffs. On your way out, stop to say hi to the llamas on the other side of the fence around the carpark.

Strap yourself into an enormous plastic ball and roll on downhill. Zorbs can reach speeds of up to 50km per hour!

Originally developed for rural residents to get around, today jetboats are more commonly used for tourist thrills. Don’t count on staying dry…

Picture a wind powered land yacht with three wheels, and you’ve got yourself a blokart – perfect for racing along the beach.

Hop into an inflatable inner tube and go rafting through Waitomo’s underground caves lit only by glowworms.

On Tuesdays, Thursdays and Fridays the Pelorus Mail Run visits isolated homesteads around the Marlborough Sounds, keeping up a decades-old tradition. Plus, you might get lucky and spot dolphins, seals or penguins!

Speed freaks rejoice: now you can hoon around a racetrack in a tiny pedal powered pod!

Race around an airborne track in the Shweeb! Photo by Shweeb

Where: All over New Zealand

If you’re going to jump out of a plane, you may as well do it in the most beautiful country on earth. Skydiving over snowy mountains, turquoise lakes and lush forests is an experience you’ll never forget.

Where: Hot Water Beach. the Coromandel 3591

Head to Hot Water Beach in the Coromandel at low tide, bring a spade and dig yourself a natural hot pool in the sand. There’s nothing quite like it.

Feast on food cooked the traditional Maori way – in an underground oven. Meat and vegetables come out with a unique and delicious smoky tinge.

Walk among emerald lakes, steaming craters and moody volcanic peaks. This one-day walk is world famous, or you can go the whole hog and hike the 3-4 day Tongariro Northern Circuit.

20. Sail Through the Hole in the Rock

Centuries of wind and waves have carved an 18m hole at sea level into Piercy Island in the Bay of Islands. When conditions are right, jet boats can blast right on through the hole!

Hole in the Rock, Bay of Islands. Photo by Ronald Woan

Get up close with these playful creatures in the warm waters of the Bay of Islands.

Swim with Dolphins in the Bay of Islands. Photo by je mcgowan

Kaikoura Whale Watch is one of the best places in the world to spot sperm whales; the continental shelf drops off steeply into underwater canyons not far off the coast.

The West Coast is glacier country; here, ice giants cascade almost to sea level. Hike up to the face of Fox Glacier or Franz Josef Glacier or take a helicopter ride to land on the ice.

Often described as the 8th wonder of the world, Milford Sound is breathtaking from any angle. Take a boat cruise through the fiord or try kayaking, diving or flightseeing.

Where: All over New Zealand

Pick up a paddle and get out on the water. New Zealand is packed with waterways, from dramatic fiords to peaceful lakes, sheltered harbours and rushing rivers, and of course the vast oceans surrounding this island nation.

Kayaking. Photo by Department of Conservation

Head to Himatangi Beach in the Manawatu region or Te Paki in Northland with a boogie board and race down the giant sand dunes.

You can’t beat a sunny afternoon biking through the country and calling into local vineyards to sample their offerings. Places like Martinborough boast dozens of wineries all within easy distance of one another.

Out on Auckland’s wild west coast you’ll come across this spectacular colony, where more than 1000 pairs of gannets nest every year between August and March.

Enjoy a soak in a natural hot spring or a thermal pool at the likes of Tekapo Springs, Hanmer Springs, or Kerosene Creek among others in Rotorua. Rotorua’s also known for bubbling mud pools and shooting geysers – it’s a hotbed of geothermal activity. 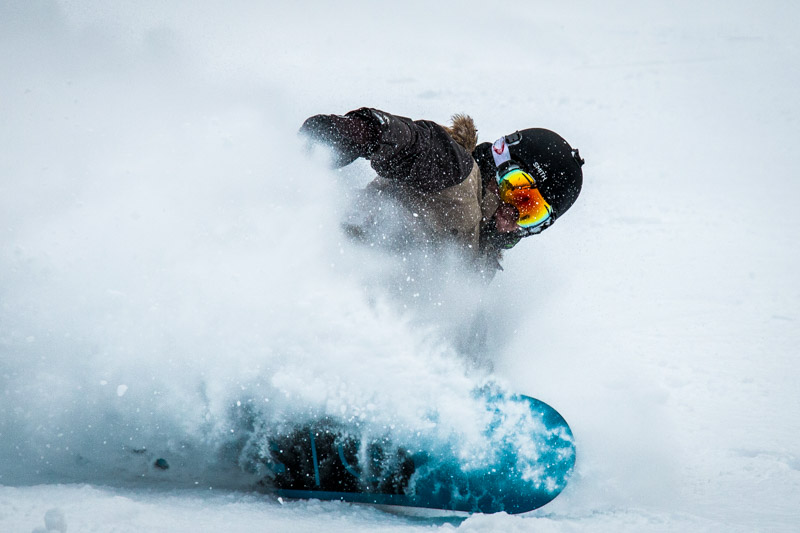 Shoop, shoop, shoop. Europe’s ski season may well and truly be over, but it’s just getting started over in New...
Kirsten McCroskrie 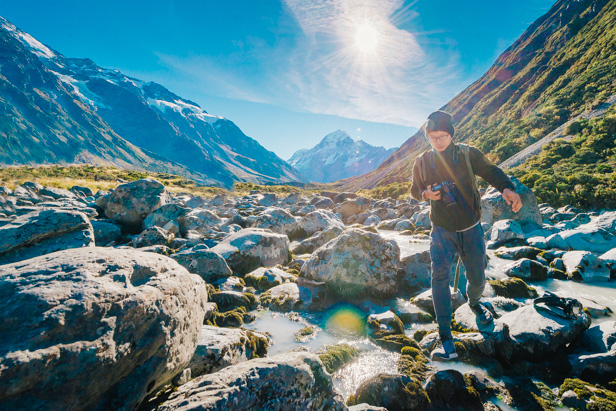 April can be a depressing month. The summer barbeques have come to a halt, the hype of Christmas is over...
Anita Hendrieka

Where to see wildlife in New Zealand

You’re never far from the water in New Zealand. With seemingly neverending coastlines, this is one country where you can...
Esther Goh