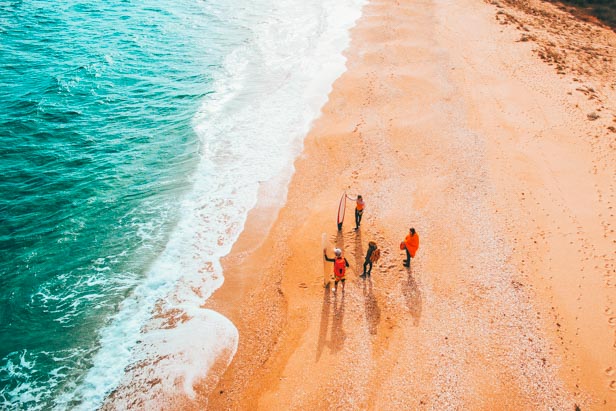 A lot of people think that once the Easter bunny visits, we don our moth-ridden jumpers, dust off the old energy-sapping heaters and start scouring Target for discount hot water bottles that we can hug while shovelling leftover chocolate eggs into our mouths. Not this sun-loving trooper though! No-sir-ee! I’ll never stop chasing the sun! If you’re like me, here’s where to head to stop your spirits dropping when the mercury does…

And if any of the destinations listed below tickle your fancy, be sure to check for the great flight and hotel deals on Cheapflights.com.au.

While the rest of Australia begins to rug up, there are still parts that remain toasty all year round. Broome begins its dry season in May, but temperatures are still high. The scenic and landmark Cable Beach stretches for miles, with the space dotted by camels and 4WDs making the short pilgrimage to the rocks for sunset. But there’s a lot more to Broome than just heat and beach – it also has dinosaur fossils! Rawrrrrr! 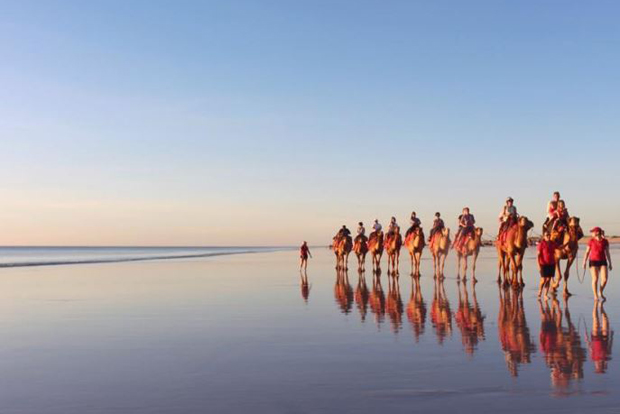 Relax with rum in Bundaberg

Almost certainly when you think of Bundaberg you think of the dark rum that you either hate or haven’t tasted yet. But there’s a lot more to Bundaberg than just its distillery. It actually has some lovely hidden beach coves that are often void of humans. It also has some calm bodies of water that beg to be fished and an excellent variety of fruit. Nom nom nom. The weather is ideal in May and yes, if it does rain you can tour the rum factory if you really want (it’s actually really interesting). 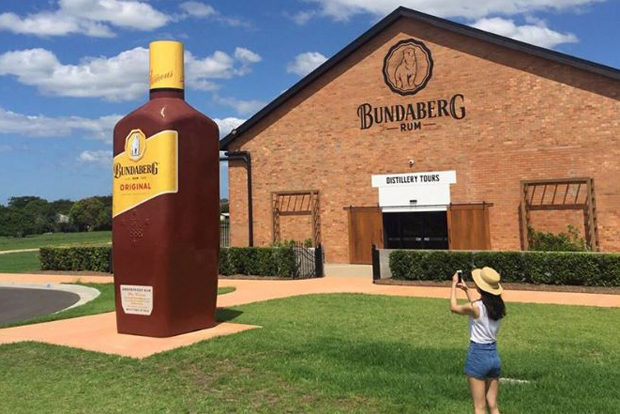 Walk the boulevards in San Diego

It’s only about two hours south of Los Angeles, but San Diego couldn’t have a more different vibe. For me, it’s the best city in California. Amazing, never-ending beach boulevards that span from Pacific Beach to Mission Beach, with lots of bars to quench your thirst in between. Garnet Avenue is close by and will meet all your late night dance requirements. It’s also close to Tijuana if you want to escalate the situation into Mexico. 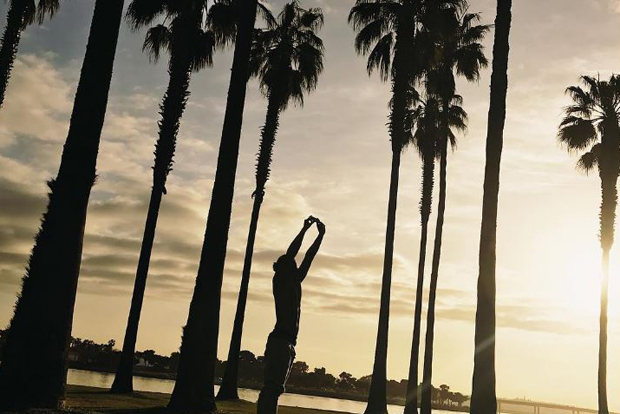 Europe in May is arguably its best month. The kids are well and truly bedded into their school learning, so it’s not as busy, and summer hasn’t quite hit so accommodation and flights are a bit cheaper. And with our dollar riding (a little) higher than usual, now is the perfect time to hit Europe. I could have chosen basically anywhere in Europe, but I’ve opted for Porto for a few reasons. Firstly, it’s my favourite place in Portugal. Less steep than Lisbon, because let’s be honest – you’re going to relax, not exercise – it’s a bit cheaper than the rest of Western Europe, and the locals will make you feel right at home. Huge amounts of alfresco dining and open-air everything, Porto makes you feel like it’s ok to do absolutely nothing. 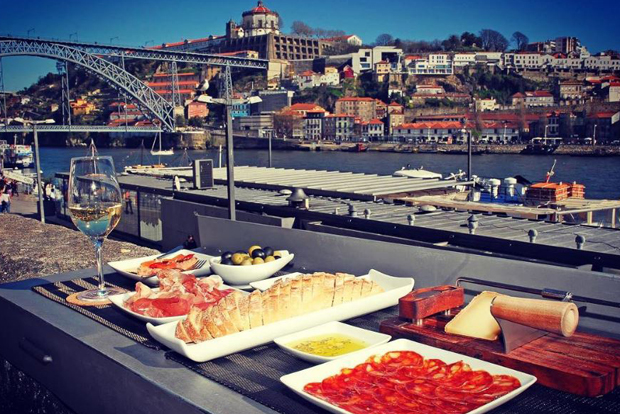 Just because summer’s done in Australia doesn’t mean you have to let your Point Break- -Big-Wave-Surfing dreams die. Morocco is fast becoming the worst kept secret when it comes to surfing in the Northern Hemisphere and Taghazout is leading the way. A largely take-it-or-leave-it city that is trying to keep up with its popularity boom, May is the best time to give it a go. Summer isn’t in full swing just yet, but the waves are perfect and the surf culture will make you want to give up your day job and just live in peace and tranquillity forever. There are loads of surf camps and the locals are just the nicest people you’ll ever meet. It’s perfect for pros and beginners, so don’t worry if your surf skills are more Bill & Ted’s Bogus Adventure Keanu than The Matrix Reeves. 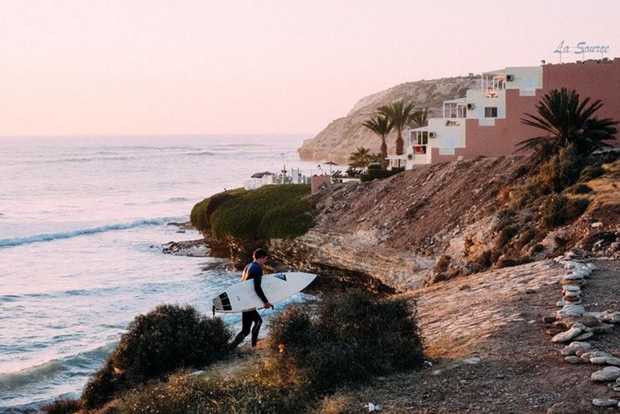 Zen out in Seminyak

Bali has been brewing a bad rap for a while now, as hordes of alcohol-fuelled young’uns from Australia and England head to the cheap lands of Bali to indulge in mayhem on the streets of Kuta. But this is a shame because Bali is actually a magnificently peaceful part of the world – if you know where to look. I’m partial to Seminyak, which is quite near Kuta but is worlds apart. It’s full of yoga and laid back dining experiences while retaining the spirit and energy of Bali. You’ll find fewer spruikers and more authenticity, but lose none of the amazing weather. Going right before Balinese summer means you get the heat of the sun without the hassle of the tourists. 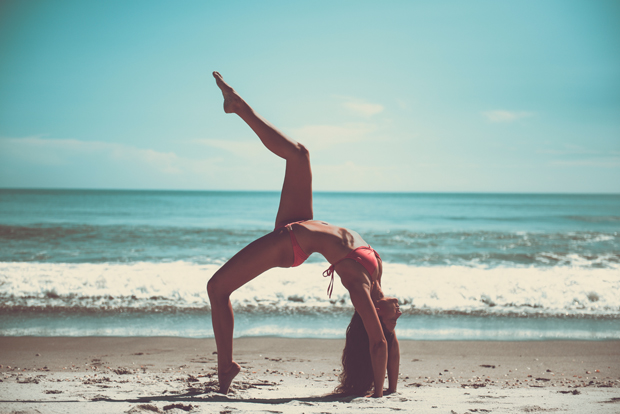 Hide away in Costa Verde

Rio De Janeiro is famed for its amazing sun-kissed beaches, but it’s also a crowded place, where you have to fight for every square inch of sand. Avoid the mob and head west an hour or so to Costa Verde, which literally means Green Coast. Ten seconds there and it’s not hard to see why. Its long expansive coastlines are hidden by dense, lush forests that not only make you feel like a Bond villain hiding out from Mi6 but also give you access to a plethora of waterfalls, islands, sand and a practically deserted tropical paradise. It is absolute heresy that this hidden wonderland is so close to the frantic Rio and yet so unknown. 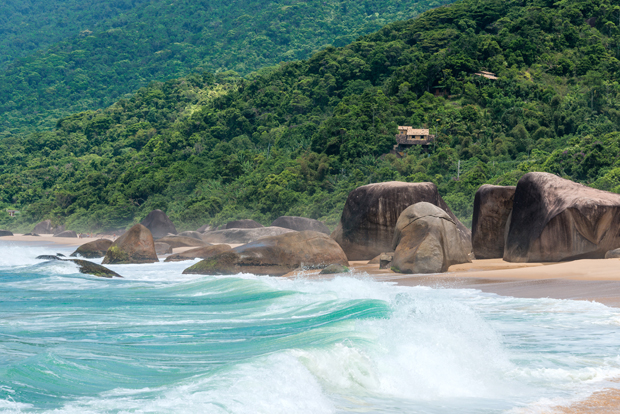 Colour your world in Sainte Anne

If you haven’t heard of Martinique, you’re not alone. It’s one of the more unknown Caribbean islands. It’s a vibrant mountainous island that used to be a volcano. Preening with postcard beaches and a sunny atmosphere, it’s a beautiful mix of old and new world. If you want to see colour below the seas, Ste-Anna has some truly excellent diving spots. 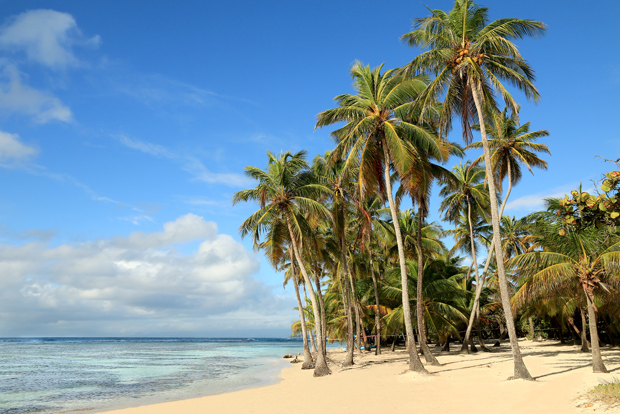 Think twice, it’s quite all right.

While most of the northern hemisphere is starting to glow, be a little wary of places in Asia, specifically places like Sri Lanka and India, which begin their monsoon season in May. Many parts of Japan also have their extended holidays around these times, which can make them busier than a 7-11 on Free Slurpee day. This doesn’t mean that they’re to be completely avoided, but just check yourself before you wreck yourself.

There are dozens of places that are just starting to heat up when Australia is cooling down. In fact, half the world does. So there are definitely options. Spin a globe, put your finger on somewhere north of the equator, check flight tickets on Cheapflights.com.au and you should be fine.

“Ello guvnah!” you’ve been bleating at your mates like a knob in all the excitement, leading up to your awesome...
Josh Dare

Making the Most of Summer in Europe

Summer in Europe can be miserably hot, and is often crowded since it seems the entire continent takes their own...
Jason Brick 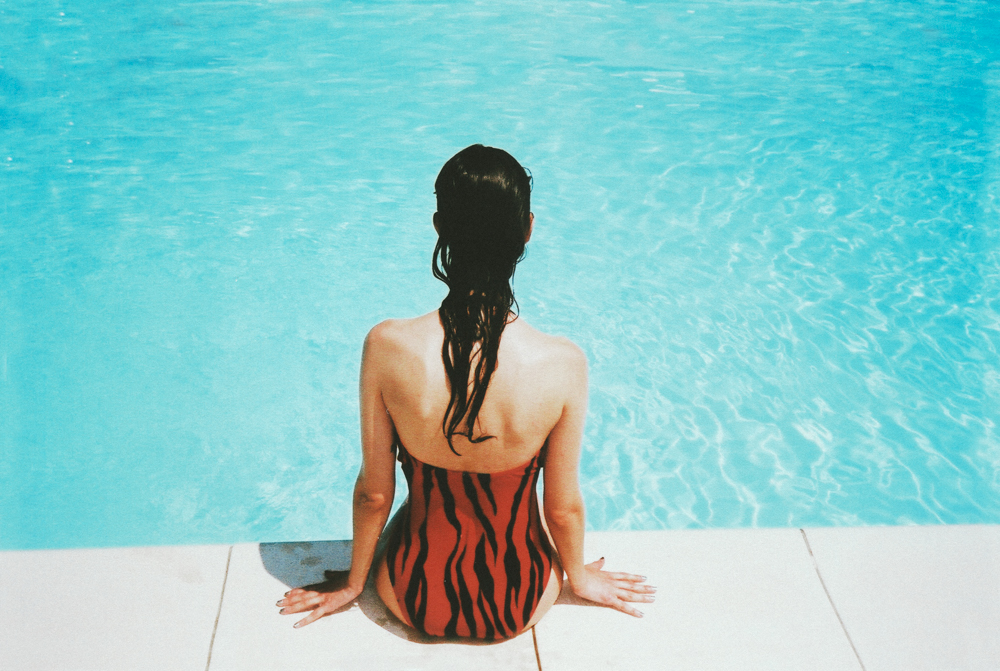 Best places to stay in Batangas

While Boracay, Cebu and Palawan are some of the most sought-after destinations in the Philippines, Batangas is an amazing alternative for travellers...
L. Bautista