Hear that sizzle? That’s the sweet sound of grills firing up around the world to pay tribute to the beloved hot dog. A long-time symbol of American food culture, the hot dog is thought to have first appeared in Germany (the “Frankfurt-er” of course). But now, deep fried or butterflied, this glorious piece of meat has taken on many toppings and found its way on to menus around the world.

Hot dogs, we love you (just like in our featured image, above, by contributing2myinsanity). Here are our top 10 hot dog hot spots.

We have to kick this one off with the mother of all-American hot dog locations: Coney Island. While some may pledge their allegiance to Walter’s, Crif Dogs, Gray’s Papaya or a favourite New York City street-side stand, credit must be given to Nathan’s for taking the humble hot dog and transforming it into a competitive-eating centrepiece.

Each year, on July 4, Nathan’s hosts a hot dog-eating contest to see which brave soul can stomach the most dogs and buns in 10 minutes. (A record was set this year when seven-time winner Joey “Jaws” Chestnut consumed 69 franks and buns.)

Competitions aside, this Coney Island standby started as a hot-dog stand run by Polish immigrant Nathan Handwerker and has now been serving up American-style beef dogs for 97 years. Rumour has it employees must keep mum about the joint’s secret spice recipe that gives Nathan’s hot dogs their taste. Just don’t forget a side of crinkle-cut fries. 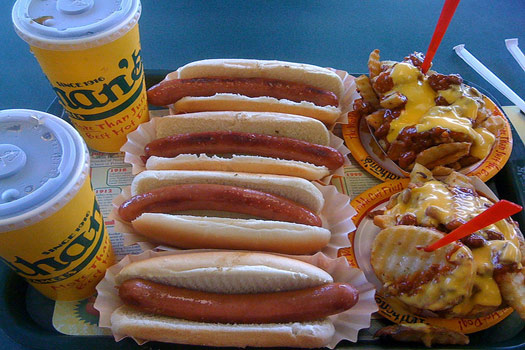 You haven’t quite seen a hot dog in all its glory until you’ve taken a look at the dogs dispensed at food stalls in Seoul. These franks aren’t for the faint of heart. Here, hot dogs are placed on a stick (bun and all), coated in French fries (yes, you read that right), battered, then deep fried. Add a squiggle of ketchup and, voila, a greasy, crispy Korean hot dog is born.

As one of Seoul’s busiest shopping areas, Myeong-dong offers plenty of food stalls that cater to the crowds. If you’re looking for something slightly less intimidating, street vendors are also known to dish out dogs wrapped in bacon, mashed potatoes or corn batter.

Search for cheap flights to Seoul. 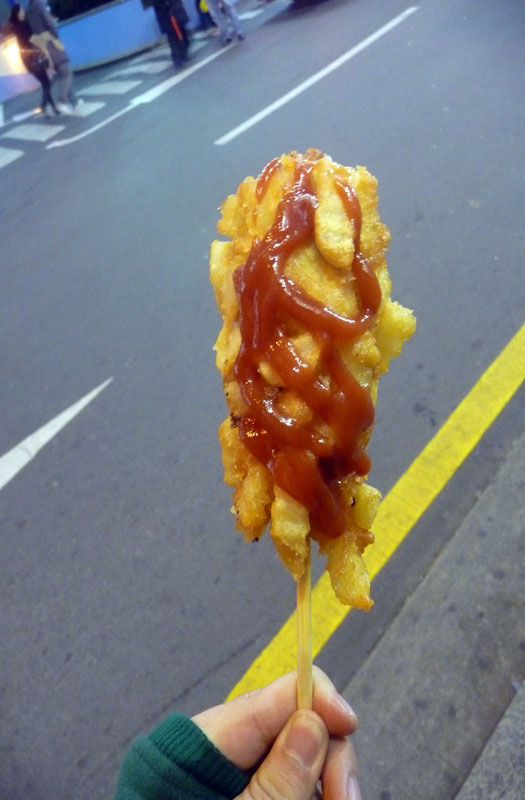 Often known as the town that coined the term “frankfurter”, Frankfurt, Germany still plays host to plenty of places that serve up German-inspired versions of the hot dog.

From sizzling bratwursts to the country’s infamous currywurst, Germany is the land of many sausage-like offerings. According to the National Hot Dog & Sausage Council in the United States, there is a debate about the hot dog’s roots: some say it all started in Frankfurt in 1487, while others believe a butcher in Coburg, Germany first came up with the “dachshund” or “little-dog” sausage, then headed to Frankfurt to hock his meaty goods.

Meanwhile, residents of Vienna, Austria maintain their city (spelled Wien in Austrian) originated the term “wiener” for the hot dog. Hot dog disagreements aside, Frankfurt still features “grillwalkers” who dish out dogs on foot, as well as hot dog stands such as Rock the Dog (Limescorso 8, 60439 Frankfurt). 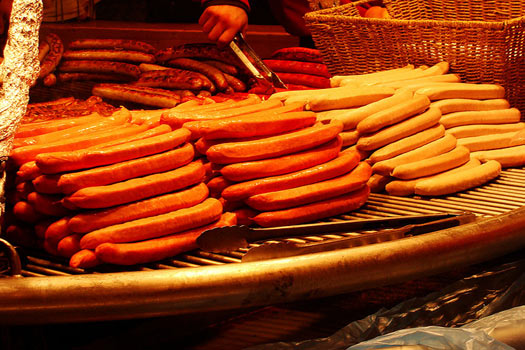 After skyrocketing to foodie fame during the 2010 Winter Olympics in Vancouver, hot dog franchise Japadog became an institution. Now, with four stands and a store in Vancouver, as well as a store in New York City, Japadog has staked its claim on Vancouver’s hot-dog market. But these aren’t your ordinary franks. In what may seem like an odd intersection of culinary culture, Vancouver’s famous hot dogs are topped with Japanese-inspired garnishes like seaweed, teriyaki sauce, plum sauce and soba noodles.

The stands were started by a Japanese couple who pushed through language barriers and limited funding to become a household hot dog name. 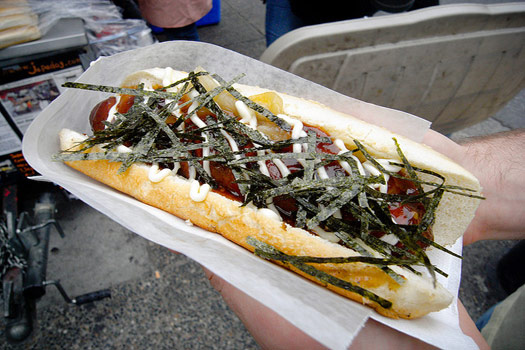 The Swedes certainly didn’t hold back when concocting their take on the hot dog. Instead of settling for standard squirts of ketchup and mustard, they embraced the true spirit of surf and turf. And so the ingredients in a Tunnbrödsrulle (the rightful name for this Swedish-style frank) may produce some raised eyebrows (and a hint of curiosity for those with adventurous palates): a flatbread, a grilled hot dog, lettuce, onions, spices, mashed potatoes, mustard, mayonnaise and, more often than not, shrimp salad.

Plenty of places will serve this Swedish wiener, but one of the go-to spots is the hot-dog stand just around the corner from the Hotel Hellsten in Stockholm.

This food van has been a popular spot in Reykjavik since it opened in the 1930s, but it was a visit by former U.S. president Bill Clinton that effectively put Baejarins Beztu on the global hot dog map. Four locations pepper the area, but the best known is near Reykjavik’s harbour.

Baejarins Beztu dishes out cheap dogs (about €2 each, about $3) with toppings like ketchup, sweet, brown Icelandic mustard, fried onion, raw onion or a mayonnaise-based sauce mixed with sweet relish. If you’re feeling courageous, order your dog with “the works” (all the toppings), but keep in mind that Iceland is famous for its mustard, so if you want an unobstructed taste of the stuff, a simple dog slathered with mustard might be a good pick. 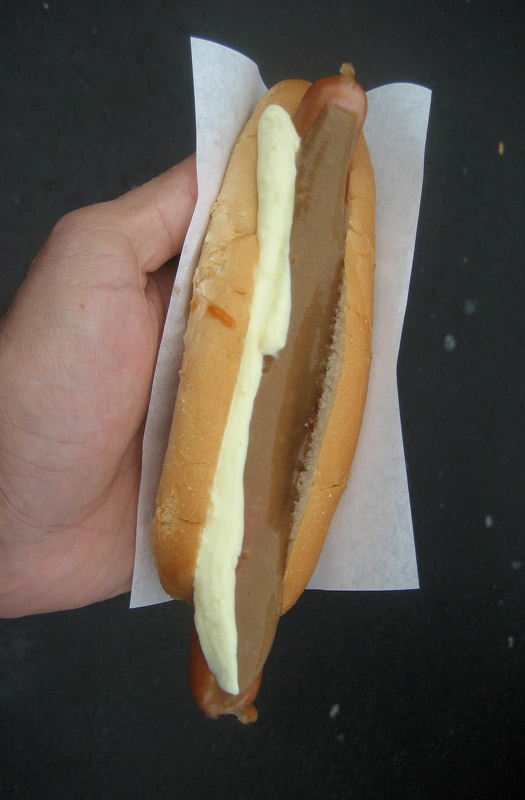 In New Zealand, hot dog tends to mean what the American’s call a corn dog. Here, the dogs typically come doused in a wheat-based batter, fried like a corn dog and served with tomato sauce.

But the Kiwis have launched their fair share of American-style hot dog vendors as well, like the Food Truck Garage which aims to give hot dogs (and other fast food items) healthy makeovers.

These dogs are made from free-range pork and come in spelt-flour rolls, featuring nutritious toppings such as watercress, leeks, Brussels slaw and avocado salsa. Hot dogs as a health food? We’ll take it.

This hot spot keeps hot dog-lovers classy by pairing inventive dogs with Champagne. It may be an unexpected combination, but locals are flocking to this joint to sip bubbly while noshing on fancy franks. Bubbledogs’ menu features pork, beef or vegetarian dogs with cheeky names, topped with garnishes inspired by dishes from around the world. 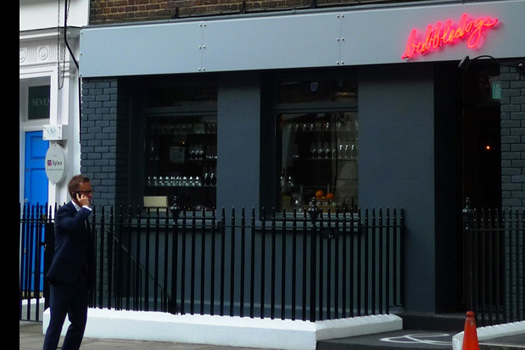 LA loves its dogs. After all, there’s nothing quite like a greasy snack after a night on the town. Los Angeles residents consume more than 95 million hot dogs per year, more than any other US city.

Hot dog-loving revellers can pick from a slew of carts that set up shop outside the clubs, and often wrap the standard hot dog in none other than (drum roll, please) bacon.

Or, for something a little more mainstream, Pink’s on La Brea Avenue serves up classic dogs as well as an array of chili dogs (regular hot dogs topped with chili con carne and sometimes cheese, onions and mustard).

Come hungry – Pink’s is known for its huge portions. A bonus? You may get to have your dog with a celebrity sighting on the side; Bill Cosby, Betty White and Steve Martin have all been Pink’s patrons.

Argentinian-style hot dogs – also known as choripanes – are beef or pork sausages, butterflied and served with toppings like chimichurri slathered on the bread roll.

Choripanes often show up as appetisers at barbecues (asados), snacks at sporting events or as street food in major cities like Buenos Aires, where they are a popular midday meal for cabbies. 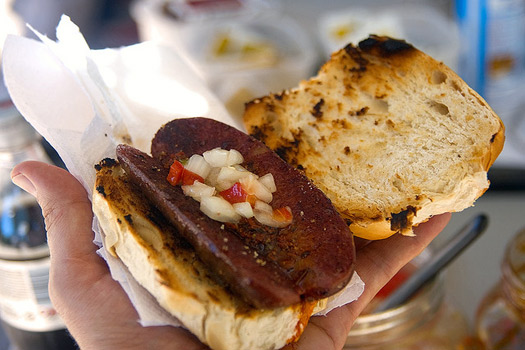 Travel trends and hot destinations for 2017

With the New Year having just kicked off, it’s time to look ahead to what 2017 has in store. At...
Jess Hopper 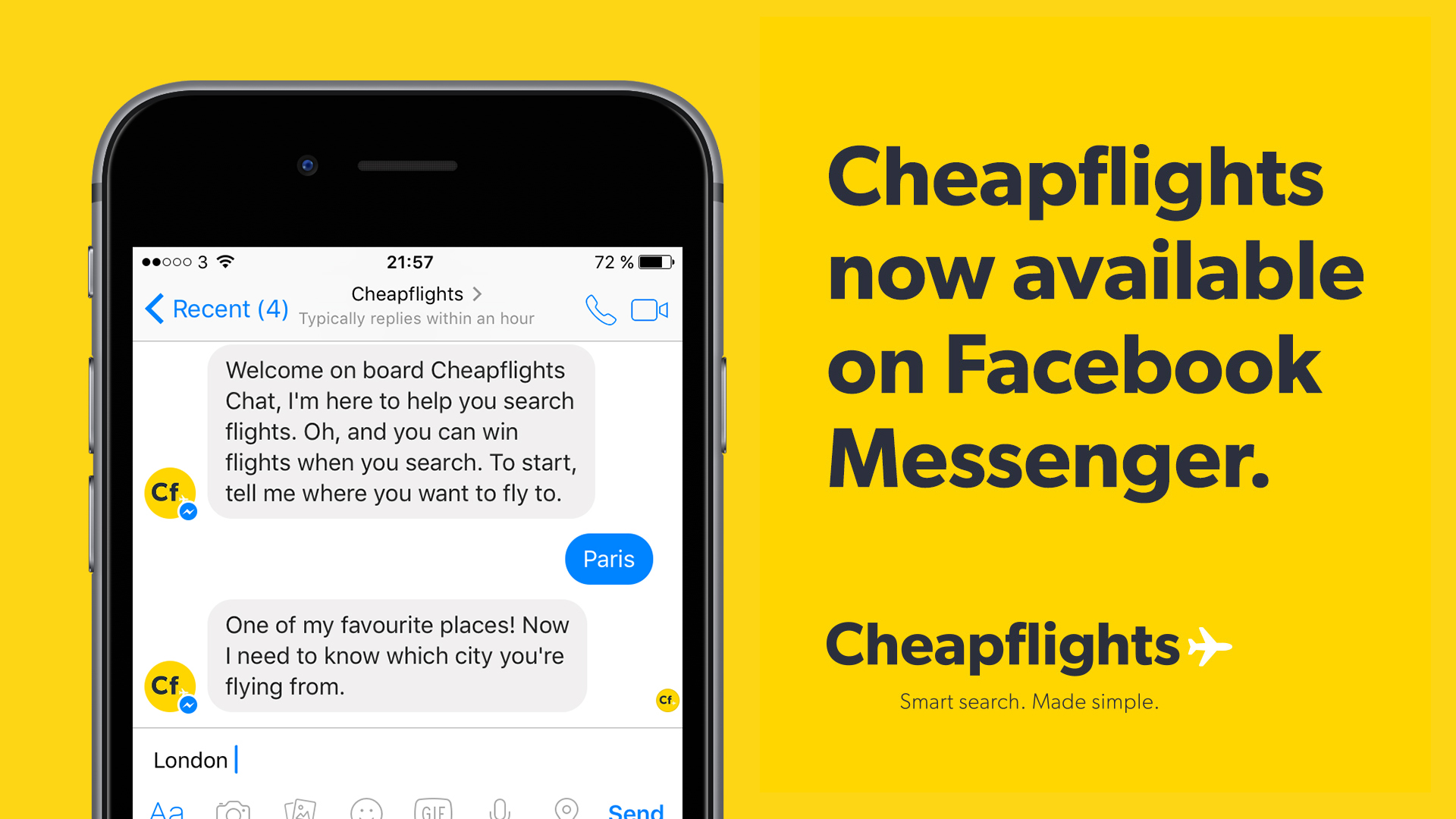 How to find a cheap flight in Facebook Messenger

Today we launched Cheapflights Chat – a travel search in Facebook Messenger. It uses the latest technology from Facebook mixed with our flight...
Lydia Curtis

The 11 people you meet at every tourist hot spot

We travel the world to explore new cultures, gain a new perspective and meet new people. However, let’s face it,...
Amanda Festa