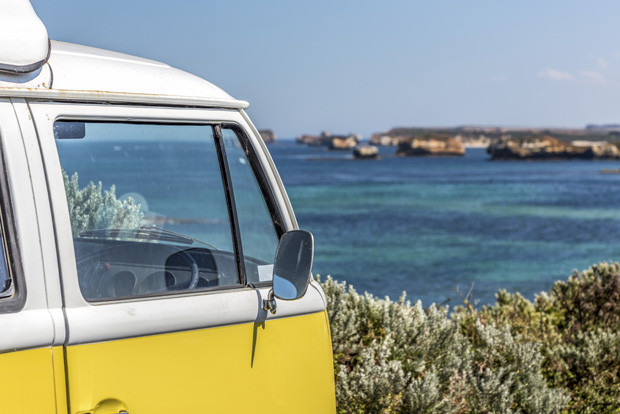 Covered by countless travellers in campers or hire cars, the highway that stretches from Sydney to Brisbane is often driven under the pump in a race to escape the cold and enter the palm-fringed state of Queensland. Clocking up to 12 hours of car-time is easy on this direct route, so we suggest turning what could be a boring ride into a road trip to remember by calling into these special spots along the way.

Another gorgeous day on #DarbyStreet

Veer off the highway about two hours north of Sydney and you’ll discover Australia’s second oldest city–Newcastle. Cocooned by beautiful beaches, this town has undergone somewhat of a transformation that has resulted in a resurgence of young creatives staying in or moving to the port city. To get the most out of your visit, head to Darby Street for a mouth-watering breakfast at one of the uber cool cafes followed by a browse in the nearby shops.

Seal Rocks is a tiny beach town with little to do except taking in nature and exploring the great outdoors. Situated about 40 minutes south of Forster, this picturesque town is the perfect place to pull up for a few days of relaxation and adventure. It’s all about the ocean here, so venture into the depths of the deep blue with a shipwreck dive or learn to surf at Number One beach.

Drive down the fig tree-lined main strip of Sawtell and you’ll instantly be charmed by its looks and sleepy, low-key vibe. Tucked off the highway that passes through Coffs Harbour, this seaside village is home to art galleries, fashion boutiques and a range of cute cafes. Like most coastal towns, its biggest drawcard is its natural beauty. Whale watch from the headland or enjoy a bushwalk in the Bongil Bongil National Park.

Yamba is another beach town that is worth stopping at for a day or three. Sitting on the coast, at the mouth of the Clarence River, Yamba is made up of relaxed locals and holidaymakers who have discovered this hidden gem through word of mouth. Seafood is the meat of choice in this fishing village, so don’t leave without heading to one of the waterside restaurants for a straight-from-the-sea meal to remember. Whilst you’re here, be sure to check out nearby Angourie, especially if there are surfers in the car.

No road trip from Sydney to Brisbane is complete without a visit to the bohemian-infused Byron Bay. It’s little wonder that people from all over Australia, and the world, flock to this patch of paradise for a short trip, and then never end up leaving. An addictive mix of surfer dudes, hippies and big spenders, there’s nowhere else quite like it. Wake up before the sun and be the first to see it rise at Cape Byron, Australia’s most easterly point. Then, chill out on the sand at Wategos before listening to some live tunes at the infamous Beach Hotel.

Put the beaches in the revision mirror and head inland to Mount Tamborine. This lush mountaintop town is perched in the Gold Coast Hinterland and is the perfect escape from the crowds and skyscrapers of Surfers Paradise. Must-dos include a visit to the spectacular glow-worm caves or a walk along the awe-inspiring Tamborine Rainforest Skywalk where steel bridges weave throughout the rainforest canopy.

You made it! Nestled on the banks of the Brisbane River, Brisbane is often overlooked for Australia’s bigger, flashier cities down south. Take the time to uncover this river city, starting with the CBD area, Paddington, New Farm and Southbank, and you won’t be in a hurry to move on.

6 awesome beaches to visit on a day trip from Brisbane

Every Australian knows, when it comes to Queensland, there’s an old advertising slogan that still holds true: ‘Beautiful one day,...
Andrew Shaw

There are several wine districts within an easy drive from the centre of Sydney, making a day trip to some...
Brenton Geyer 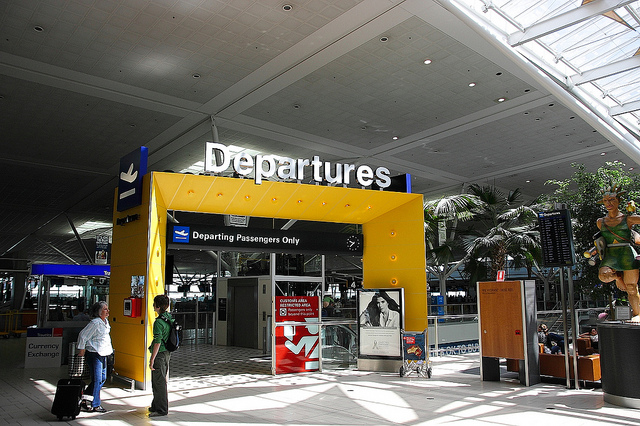 Brisbane Airport is a suburb in its own right and the largest airport in Australia by land size. It is...
Kate Kozhevnikova

CheapflightsAdventure travelRoad trip: Sydney to Brisbane and the best places to stop along the way