Heading to New Zealand? Odds are you’ll be passing through Auckland at some point.

If you are on a budget, here are our picks for enjoying the City of Sails without breaking the bank with 17 things to do in Auckland for under $50.

Auckland is dotted with volcanic cones but Mount Eden is perhaps the most famous, and just a stone’s throw from the city centre. It’s a fairly easy walk to the summit, where you’ll be rewarded with epic views over the city and into the larger crater at the top.

Out on Auckland’s wild west coast you’ll come across this spectacular colony, where more than 1000 pairs of gannets nest every year between August and March.

3. Swim and Surf at Piha

Further down the coast from Muriwai, Piha beach is the spot to get amongst the waves.

For a great vantage point of the city, head up the iconic Auckland Sky Tower. For $28 you’ll get access to the Sky Deck observation level and the Sky Lounge cafe and bar. And for a bit more dosh, you can walk around the tower’s edge, or leap off!

Catch a ferry to Rangitoto Island ($30) and hike up the summit, or to Waiheke Island ($36) for a day of hiking, sunning and wine tasting. With any luck you might even see playful dolphins frolicking in the harbour.

At the tip of the Awhitu Peninsula in south Auckland you’ll discover the Manukau Heads lighthouse – one of just a few in New Zealand that are open to the public. While there’s no entry fee, donations are gratefully accepted.

This walkway runs all the way from the Viaduct downtown to the Manukau Harbour on the south side of the city, passing some of Auckland’s key landmarks along the way. Earmark the better part of a day for this one; you can catch a bus back for the return leg.

One Tree Hill on the Coast to Coast walkway. Photo by Broken Piggy Bank

Go bush in West Auckland – there’s so many walking and hiking tracks in this outdoor playground. Best of all, it won’t cost you any more than petrol and maybe a packed picnic. You’ll be amazed at the number of spectacular waterfalls tucked away in the forest – Kitekite Falls, Karekare Falls and Fairy Falls to name a few. Stop at the Arataki Visitor Centre and snap a picture inside the giant photo frame.

Home to Maori and Pacific treasures, natural history exhibits, a war memorial, a daily cultural performance and much more, this museum will keep you occupied for hours. Entry is $25 for non-Aucklanders (additional fees may apply for special exhibitions).

​What can’t you find on this street? Karangahape Road, more commonly referred to K Road, is full of boutique and vintage shops; diverse ethnic eateries; art galleries and music venues; and a buzzing nightlife scene from cabaret-style restaurants to gay clubs.

The South Auckland suburb of Otara is home to an enormous flea market, held every Saturday morning. Get a taste of Polynesian culture and music – there’s frequently live performers – and browse stalls selling food, fresh produce, clothes, crafts and all sorts of knick knacks.

While you can drive to Devonport on Auckland’s North Shore, the best way to get there is by ferry ($11.50). Check out North Head and wander around its maze of military tunnels, artillery and fortifications.

14. Soak Up the Sun at Mission Bay

Just a short bus ride or drive from the city, Mission Bay’s golden beach is perennially popular. Skaters and tandem bikers whiz past on Tamaki Drive and there’s always an impromptu cricket or soccer game being played on the grass. Plus, there’s a raft of cafes, restaurants and ice cream parlours to refuel afterwards.

More than a century old, the historic Parnell Baths ($6.30) include the largest salt water pool in New Zealand. Or just kick back in the spa and watch as kids run amok in the aquatic playground.

16. Fish and Chips on the Beach

Pick up some fish and chips from the local takeaway and head down to the nearest beach to devour. Lashing of tomato sauce are a must.

Fish and Chips on the Beach. Photo by Br3nda

17. Head Along to a Festival

Auckland is at its best in summer, when the events programme is in full swing. Highlights of the year include the International Buskers Festival; Polyfest; Grey Lynn Festival; Mission Bay Jazz and Blues Streetfest; Diwali Festival; Chinese New Year Lantern Festival; Seafood Festival; Laneway Festival and many more.

Brits translate slang from Down Under

We sent our pommie mates a list of some of our most used slang words to see if they could...
Cassie McClements 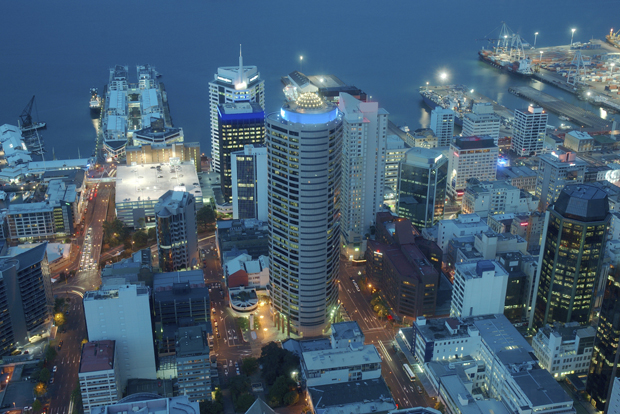 15 things that might surprise first time visitors to Auckland

The City of Sails has plenty to offer and can certainly hold its own when it comes to keeping first...
Angela Pearse

Running through the middle of town, Queen St may be the traditional heart of Auckland, but there’s a lot more...
Esther Goh

CheapflightsCheap & free17 Things to Do in Auckland for Under $50