There’s a pub in Ireland – Sean’s Bar in Athlone, County Westmeath – that dates back to 900AD. To put that in context, they were serving alcohol 859 years before Arthur Guinness brewed his stout at St James’s Gate in Dublin.

We’ve selected our Top 10 oldest Irish pubs outside Ireland. None of them predates Sean’s but one of them – like Sean’s – does have sawdust on the floor.

Standing on legendary Fleet Street, The Tipperary is London’s oldest Irish pub. While the pub dates back to 1605 it’s only been “Irish” since 1700 when the S. G. Mooney & Son Brewery chain of Dublin, Ireland purchased what was then known as The Boar’s Head.

The pub was the first outside Ireland to sell bottled – and draught – Guinness. Its name comes not from any family link to Tipperary but from the Great War.

Newspaper printers who had fought during the war and had sung the song in the trenches “It’s a long way … (to Tipperary)” had the name changed. Oh, and it’s small inside. People were shorter in the 17th century. 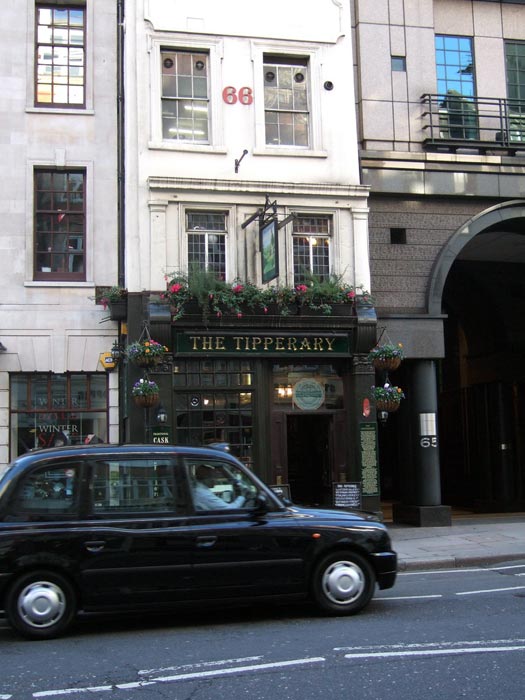 The Tipperary. Look out for the mosaic on the floor. Photo by Ben Sutherland

One of McSorley’s mottos is “We were here before you were born” and if you gaze around at the sawdust-strewn floor, the memento-encrusted bar displays and the wishbones that hang from an old gas lamp above the bar, there’s little doubt it’s true. It’s said that no piece of memorabilia has been removed from McSorley’s walls since 1910!

The biggest change to this pub was the admission of women! That happened as a result of a court case; it took McSorley’s 16 years to install ladies’ toilets! 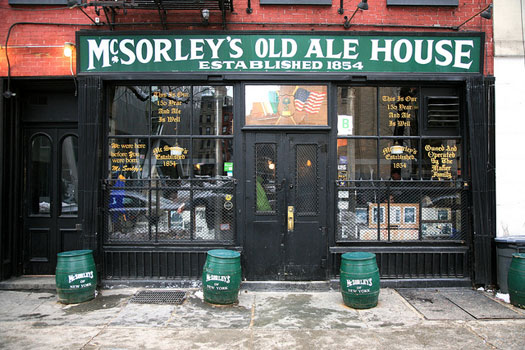 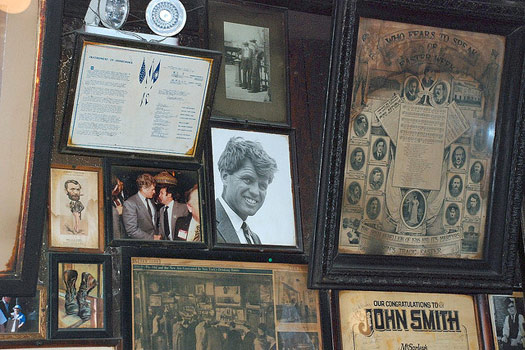 Some of the memorabilia at McSorley’s in New York. Photo by flickr4jazz

This is the oldest Irish pub in America. At this location since 1863, it has, amazingly, been owned and operated by the same family since 1847! Patrick’s was known first as Patrick Healy’s, then Nolan’s and at the start of the 20th century as Rowley’s.

It’s been in the hands of Patrick and Anne Rowley since 1999 and is loved by regulars – and visitors – as a pub with history and heart. Oh, and it will be open on March 17 this year! 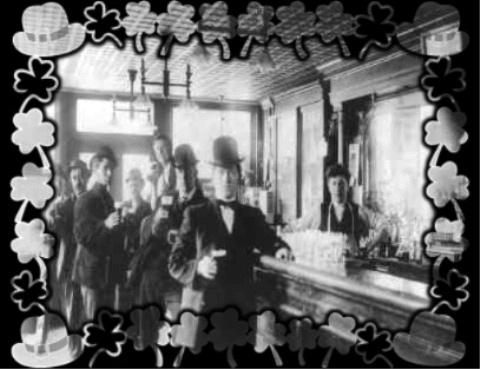 Le Vieux Dublin (The Old Dublin) is the oldest pub in a city of many great Irish pubs. It’s little surprise. The Irish were one of the four founding ethnic groups that made up the population of Montréal in the 19th century and its St. Patrick’s Parade has run every year since 1824).

Found on Rue Cathcart, the Vieux Dublin serves a wide selection of beers (Guinness, Kilkenny, Harp, Smithwick’s and Murphy’s), dozens of types of whisky (and whiskey) and has live music nightly. 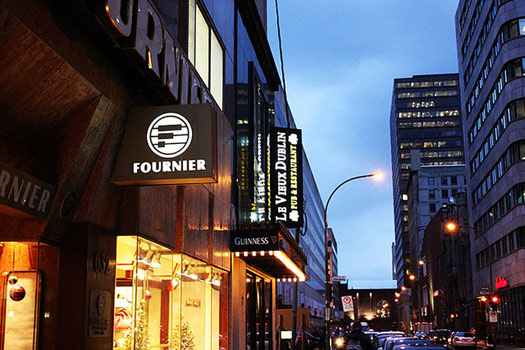 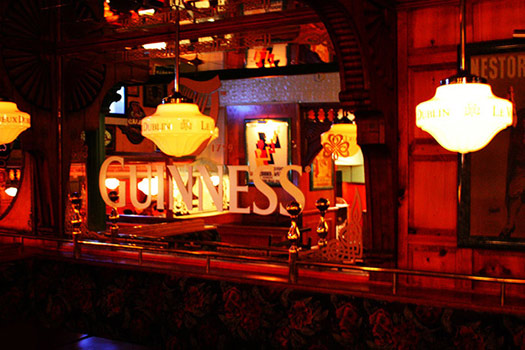 Australia’s longest-running Irish pub can be found in The Rocks, that historic part of Sydney where the first European settlers (the convicts and their guards) built their camp. The Rocks was also known as “Little Ireland” due to the huge number of Irish in the area (descendants of the settlers). So impeccable are its “Irish” credentials, U2 held a press conference in the pub in 1989 to promote their “Rattle & Hum” tour.

The Mercantile Hotel was built in 1914 (when the Mercantile Rowing Club Hotel was demolished) and is a wonderful example of the architecture of the time.

Despite its location in a major tourist magnet (the Opera House, Harbour Bridge and City Centre are just minutes away), it’s a local pub popular with locals that serves draught Guinness, hosts Irish (and Bush) bands and serves a mean full Irish breakfast. There’s a great pub tour that takes in the Mercantile; find out more at sydneypubtours.com. 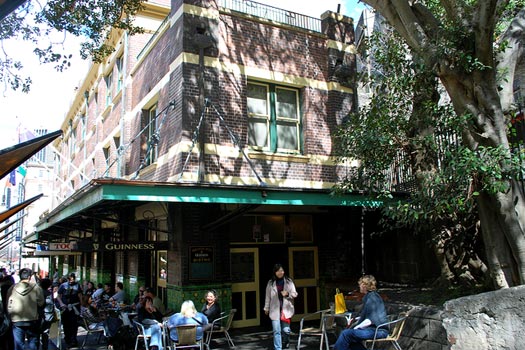 The Mercantile on a winter’s day, Australia’s winter that is. Photo by Mattinbgn 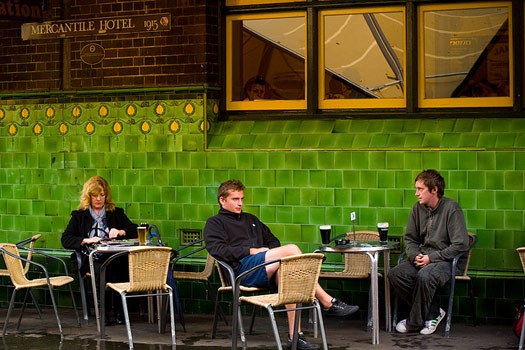 As well as being the oldest heritage pub in New Plymouth, Rosie’s is the only Irish pub. Standing on the corner of Devon and Glover Streets, this memorabilia-packed pub is so authentic that even the Irish feel at home here.

As you’d expect, the Guinness is pretty good! Tom Carroll, the bar manager at Rosie’s, explains how to pull the perfect pint in this recent video. 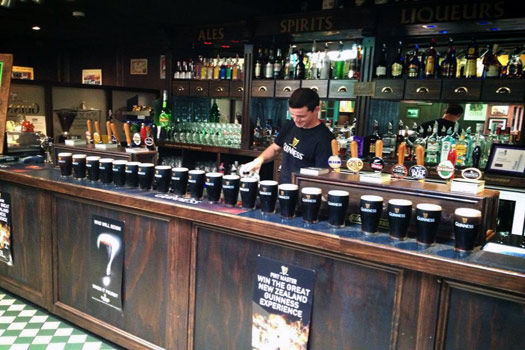 An impressive row of pints.

Asia’s first Irish pub can be found in the Shanghai French Concession. Another claim to fame for O’Malley’s is that it sells the most Guinness in China. Kilkenny, a red ale, is served too.

The gated building, colonial-villa style, dates from the 1800s. It was a house for a wealthy Shanghainese family until 1949 (and liberation) when it became a boarding school for many decades.

Abandoned in the mid-1990s, the owners took it on and turned it into a popular bar and restaurant with plenty of football screened and a huge lawn that’s popular with families at the weekends. 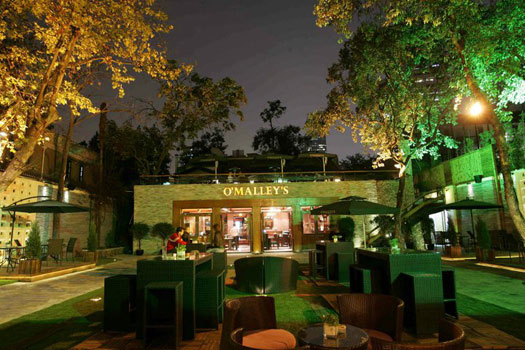 Paddy Whelan’s is the first Irish pub in Riga, open since 1994. It even served the legendary Shane MacGowan Guinness and whiskey when he and The Pogues were in Riga.

It’s one of the best pubs in the Latvian capital for screening live sport (from Premier League matches to ice-hockey, via cricket and golf) and has an impressive range of draught beers and, proving that Irish pubs are masters at adapting to new trends, an Indian menu. 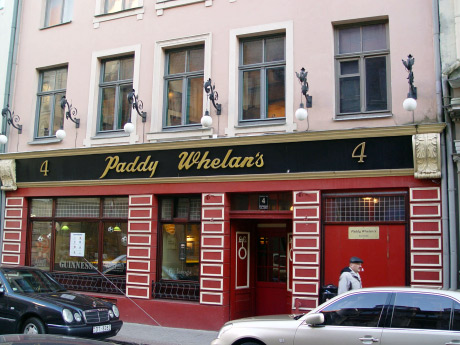 Paddy Whelans Irish Pub in Riga from Riga In Your Pocket on Vimeo.

The Fiddler’s Elbow is the first Irish-owned and run pub in Italy. It opened its doors in 1976, moving from via Sforza to Via dell Olmata in 1979.

Located in the heart of “Old Rome”, a 10-minute walk to the Colosseum, the pub shows all major sporting events (thanks to Sky Sports). The staff are welcoming, the Guinness well-poured, the food decently priced and the entertainment diverse. A recent event was a Bram Stoker tribute night!

There is a sister pub in Florence, which is, yep, the first Irish pub to be established in the city. 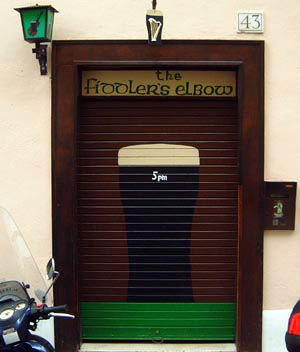 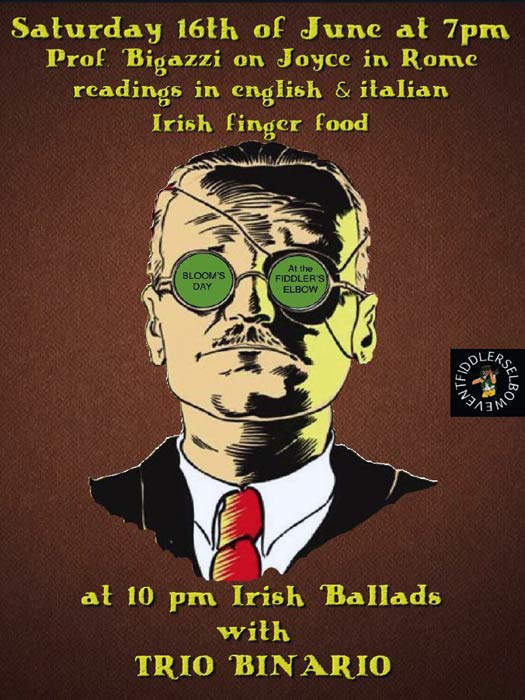 One of the cultural offerings at The Fiddler’s Elbow, Rome

Kitty’s got a couple of sisters – bars in Boston and Brussels – but Paris’s oldest Irish pub is in the 2nd Arrondissement, close to the Opera Garnier.

It was “born” in 1986 around the time of the Six Nations Rugby clash between France and Ireland and it has stayed true to its rugby-loving roots. Locals, expats and sports lovers all make a beeline for Kitty O’Shea’s when there are big games.

The decor is authentically Irish as are the staff and there’s a dazzling selection of events – quiz nights, traditional music, theme parties and guest bands. In a city renowned for its gastronomy, Kitty O’Shea serves hearty Irish fare. 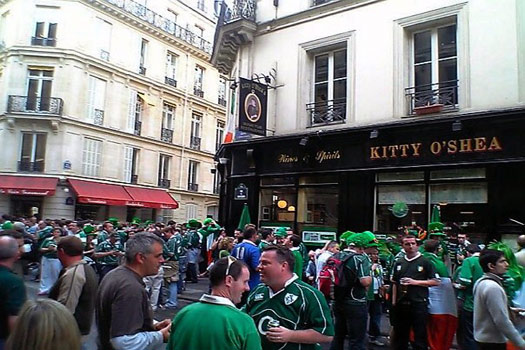 50 Quirky Things You Might Not Know About Wimbledon (Infographic)

Now that things are heating up on the Centre Court for the final stages of the tournament, it’s time to...
Olga Szoke

Get out of town! The best places to visit outside of Melbourne

We all know it’s a big ask to take temporary leave from Melbourne’s culture, food and nightlife. Fortunately, we have...
Roberta Styles-Wood

Search flights to London Despite (or maybe because of) their location Down Under, Australians are some of the world’s most...
Kara Segedin